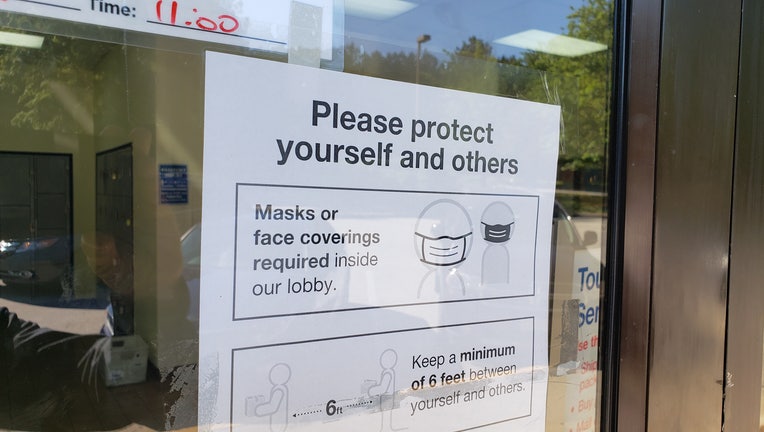 LAWRENCEVILLE, Ga. - Confusion over mask policies at a local post office led to an emotional encounter between a customer and a clerk. And then the police.

It happened last week at the Patterson Road post office in Gwinnett County.

The FOX 5 I-Team saw signs taped in the window saying “Masks or face coverings required inside our lobby.” There was a Spanish version as well.

The signs were a welcome surprise to Scott Smithwick.

“Yeah, I do believe it’s important especially in places like the post office which could be an extreme super spreader location,” he said standing outside his home, his mouth and nose covered with a mask. 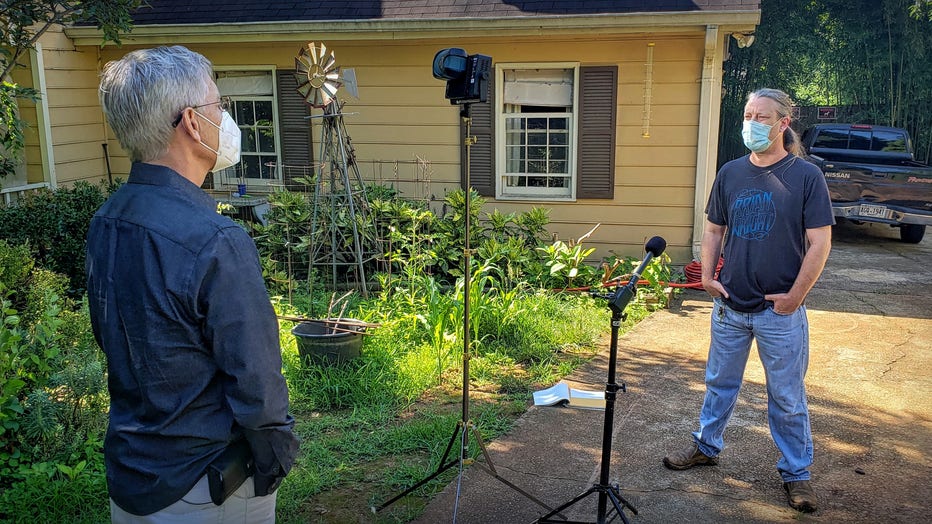 Scott Smithwick wanted to know why a counter clerk wasn't following the same mask rules required for customers. The clerk wound up calling the cops.

Last week, while Smithwick stood in line to buy a 55-cent stamp, he said he noticed one of the front counter clerks not wearing a mask. When he asked why he was ignoring the sign, Smithwick said the clerk blew him off.

Smithwick said he asked for a supervisor, but the clerk said she wasn’t available.

So Scott did the 21st Century next logical thing: he pulled out his phone and took a picture.

“I had no intentions of doing anything with the picture except for just showing the supervisor,” he explained.

That clerk was not pleased. He called 911. 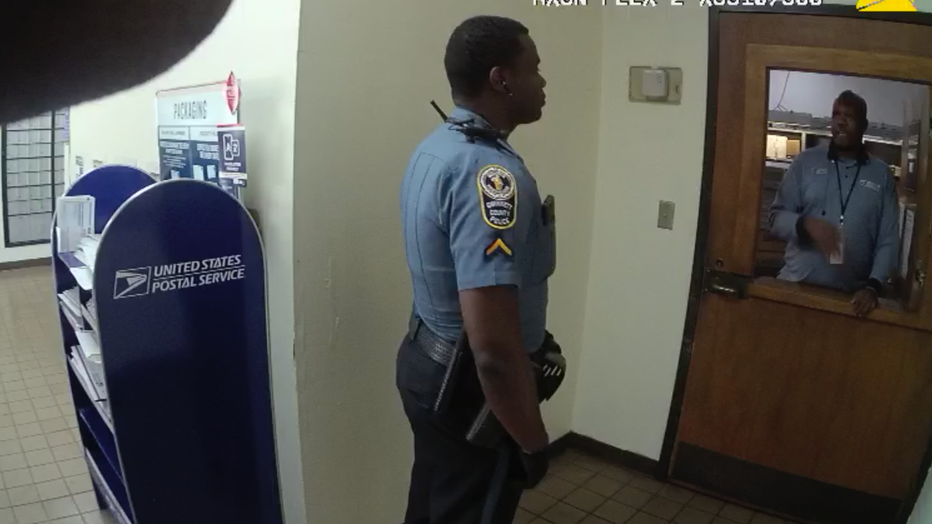 This postal clerk called 911 after a customer took his picture to show a supervisor he wasn't wearing a mask. Signs warned customers masks were required inside. Those signs have since been removed.

Here’s what the clerk said to police captured on Gwinnett Police body camera:

The clerk demanded the photo be deleted. The two Gwinnett County police officers met with Smithwick outside and made sure he did just that.

“As far as the picture goes, unfortunately, it will have to be deleted,” one of the officers told him. He even showed Smithwick how to delete it permanently.

“I didn’t know what was going to happen if I refused an instruction from a police officer,” said Smithwick, still upset days later.

A Post officer worker called police after a customer photographed them not wearing a mask.

A Gwinnett County police spokesperson said the officers were misinformed by the clerk about photography rules inside the post office and were wrong to make Smithwick delete the picture.

Some businesses like Costco require all customers be masked before they can shop. That goes for the workers, too. Masks are considered one of the essential tools to fight the spread of COVID-19.

In other places like Trader Joe’s masks are strongly encouraged, but you won’t be denied entrance without one.

But what are the rules when it comes to masks inside a post office?

In a statement, the Post Office told us it “does recommend customers wear face coverings while in Post Offices that require interaction with our employees.”

Recommend. But we checked two other nearby post office locations and spotted signs clearly saying something else: 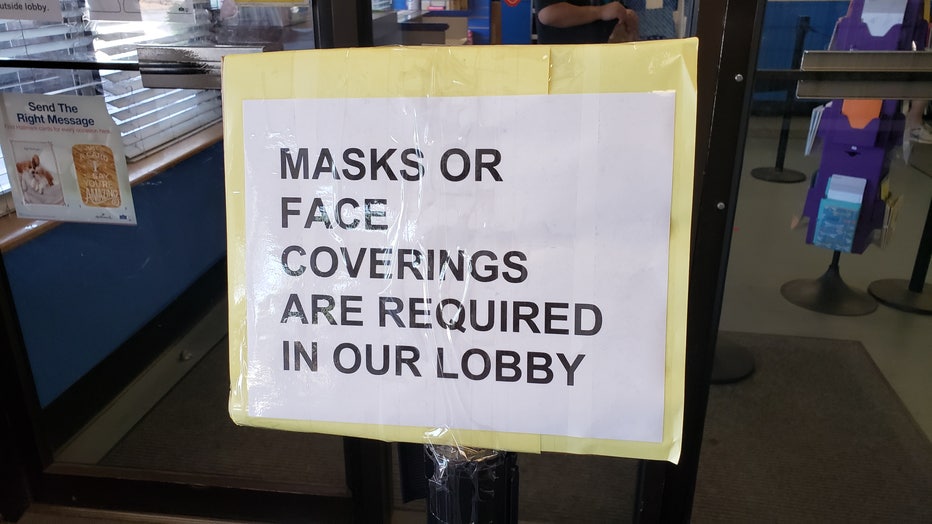 Despite a post office statement saying masks were "recommended" inside, we found lots of signs at different branches saying they are required.

So which one is it? And are employees also required to wear them? We never got a straight answer.

“We’re either living in a worldwide pandemic that’s a serious condition that’s killing hundreds of thousands of people,” Smithwick pointed out. “Or we’re not.”

This week, the signs requiring masks at the Patterson Road location were gone. The signs now say masks are recommended.

Whether required or recommended, we spotted that clerk once again, still not wearing a mask.