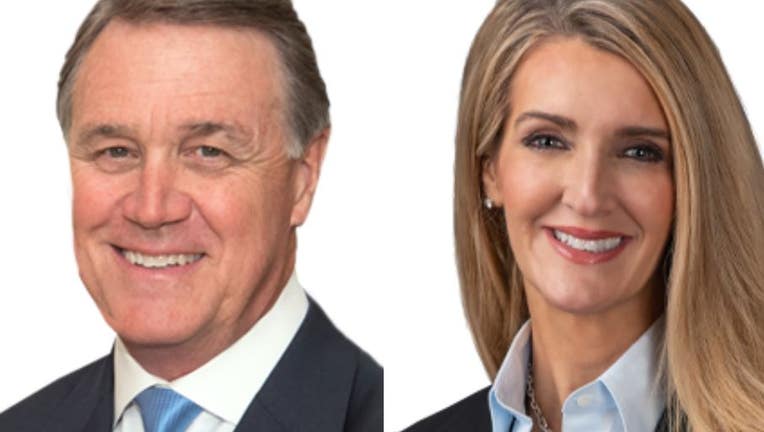 ATLANTA - Some establishment Republicans are sounding alarms that President Donald Trump’s conspiratorial denials of his own defeat could threaten the party’s ability to win a Senate majority and counter President-elect Joe Biden’s administration.

The concerns come ahead of Trump’s planned Saturday visit to Georgia to campaign alongside Sens. David Perdue and Kelly Loeffler, who face strong Democratic challengers in Jan. 5 runoffs that will determine which party controls the Senate at the outset of Biden’s presidency.

Republicans acknowledge Trump as the GOP’s biggest turnout driver, including in Georgia, where Biden won by fewer than 13,000 votes out of about 5 million cast. That means every bit of enthusiasm from one of Trump’s signature rallies could matter. But some Republicans worry Trump will use the platform to amplify his baseless allegations of widespread voter fraud — arguments roundly rejected in state and federal courts across the country. That could make it harder for Perdue and Loeffler to keep a clear focus on the stakes in January and could even discourage Republicans from voting.

Especially fraught are Trump’s continued attacks on Georgia’s Republican state officials and the state’s election system, potentially taking away from his public praise of Loeffler and Perdue.

“Trump’s comments are damaging the Republican brand,” argued Republican donor Dan Eberhart, who added that the president is “acting in bad sportsmanship and bad faith” instead of emphasizing Republicans’ need to maintain Senate control.

The GOP needs one more seat for a majority. Democrats need Jon Ossoff to defeat Perdue and Raphael Warnock to defeat Loeffler to force a 50-50 Senate, positioning Vice President-elect Kamala Harris as the tie-breaking majority vote. 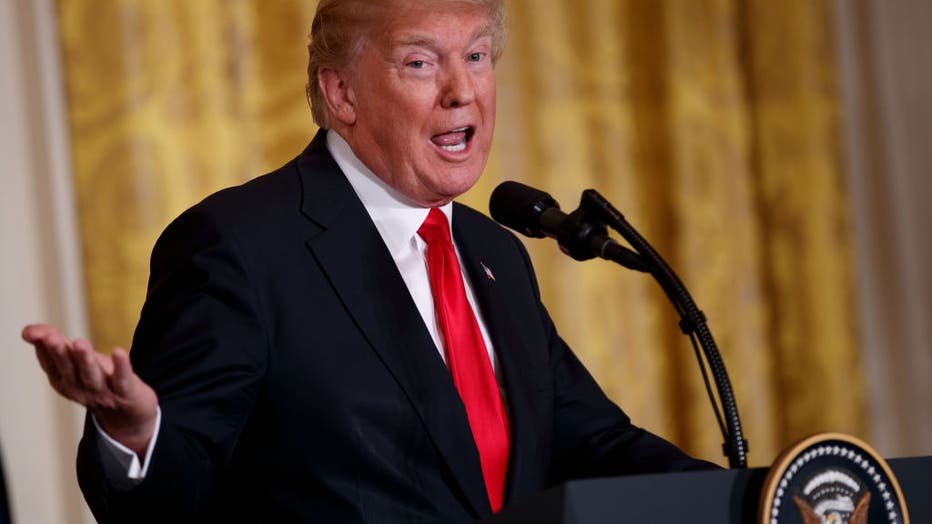 Trump on Monday blasted Gov. Brian Kemp as “hapless” for not intervening to “overrule” Secretary of State Brad Raffensperger’s certification of Biden’s win. A day earlier, Trump told Fox News he was “ashamed” he’d endorsed Kemp in his 2018 GOP primary for governor. Kemp’s office noted in response that state law gives Kemp no authority to overturn election results, despite Trump’s contention that Kemp could “easily” invoke “emergency powers.” Meanwhile, Raffensperger, a Trump supporter like Kemp, has accused the president of throwing him “under the bus” for doing his job.

Perdue and Loeffler have attempted to stay above the fray.

They’ve long aligned themselves with Trump and even echoed some of his general criticisms of the fall elections, jointly demanding Raffensperger’s resignation. But the crux of their runoff argument — that Republicans must prevent Democrats from controlling Capitol Hill and the White House — is itself a tacit admission that Biden, not Trump, will be inaugurated Jan. 20. And at one recent campaign stop, Perdue heard from vocal Trump supporters who demanded that he do more to help Trump somehow claim Georgia’s 16 electoral votes.

Some GOP voters could be dissuaded from voting again if they accept Trump’s claims that the system is hopelessly corrupted. Among Republicans more loyal to Trump than to the party, some could skip the runoff altogether out of anger at a party establishment the president continues to assail. Lastly, at the other end of the GOP spectrum are the moderate Republicans who already crossed over to help Biden win Georgia and could be further alienated if the runoff becomes another referendum on Trump.

But none of those potential bad effects would have to be sweeping to tilt the runoffs if they end up as close as the presidential contest in Georgia.

“We’ll see how it plays out. It changes day by day and week by week. But so far, so good,” Holmes said.

In Georgia, any Republican concerns are more circumspect. 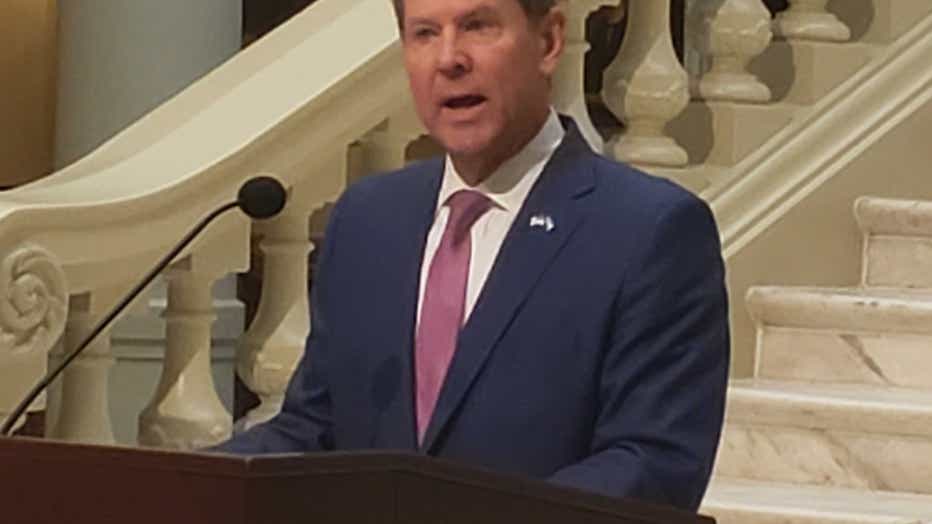 Gov. Brian Kemp holds a news conference to update the public on Georgia's fight against the coronavirus from the State Capitol Wednesday, October 7, 2020.

Brian Robinson, a former adviser to Kemp’s Republican predecessor as governor, said Trump should “drive a strong, forward-looking message” about what’s at stake for a Republican base that “is fervently devoted to him.”

“The best thing he can do for the party,” Robinson said, “is to talk about the importance of having a Republican Senate majority to project his policy legacy and to make sure the Democrats can’t reverse a lot of what he has put in place that Republicans support.”

Asked what Trump should avoid, Robinson circled back to what he believes the president should say.

Former U.S. Rep. Jack Kingston, a Trump ally, downplayed the potential for GOP splintering, framing an “inner-family squabble” as a sideshow to the “incredible” consequences that define the runoffs.

“Followers of Trump will follow Trump, but they’re not blind to the huge stakes. And neither is he,” Kingston said. “He knows to keep his legacy. He’s got to get these people reelected.” Trump, Kingston argued, is “keeping the base interested,” a necessary component of any successful runoff campaign since second rounds of elections often see a drop-off in voter participation. 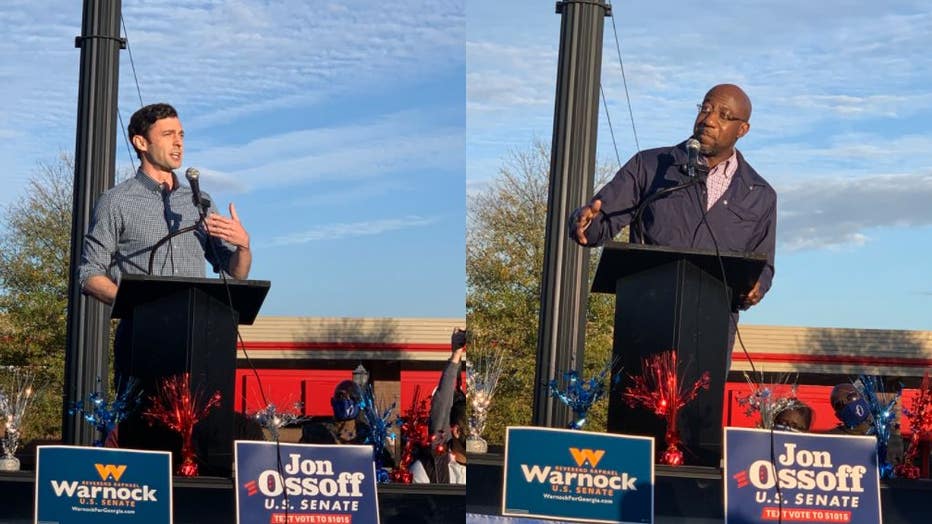 Robinson added that Democrats face their own challenge in replicating record turnout for Biden.

“What’s the best motivator? Fear,” he said. Before November, Democrats dreaded a second Trump term more than Republicans feared Trump losing, Robinson reasoned. “Republicans have reason to be scared now,” he said, because of the prospect that Democrats could control both ends of Pennsylvania Avenue.

“That could make a difference in turnout” beyond anything Trump says, Robinson concluded.

For their parts, the senators continue their public embrace of all things Trump ahead of the visit.

“I couldn’t be more excited to welcome” the president “back to Georgia,” Loeffler wrote on Twitter after Trump confirmed his plans. Perdue’s campaign quickly retweeted the comment, which Loeffler punctuated with a reminder that the runoffs are “an all-hands-on-deck moment.”

It’s not clear, though, if all Republicans will be on hand at all.

Kemp, the governor who appointed Loeffler upon Sen. Johnny Isakson’s retirement last year, has on previous Trump visits greeted the president as he disembarks from Air Force One. Asked Monday whether Georgians will see a similar scene Saturday, Kemp spokesman Cody Hall said he could not comment “yet.”