ATLANTA - Georgia’s secretary of state is expected to appear next week before a special grand jury in an investigation into whether former President Donald Trump and others illegally tried to meddle in the 2020 election in the state.

The Georgia Secretary of State and members of his office are expected to be on the witness list for the specially called grand jury assembled in Fulton County. The grand jury was empaneled to determine whether former President Donald Trump and others illegally tried to meddle in the 2020 election in the state.

Trump directed his ire at Raffensperger, a fellow Republican, after the secretary of state refused to bend to pressure to overturn Democrat Joe Biden’s narrow presidential election victory in Georgia. On Tuesday, Raffensperger won the Republican primary in his quest for reelection, defeating a Trump-endorsed challenger.

Fulton County District Attorney Fani Willis opened the investigation soon after she took office in January 2021. She made clear when she requested a special grand jury earlier this year that one purpose for doing so would be to issue subpoenas to people who might not cooperate otherwise.

Willis has confirmed that her investigation includes looking into a January 2021 phone call in which Trump pushed Raffensperger to "find" the votes needed for him to win the state. 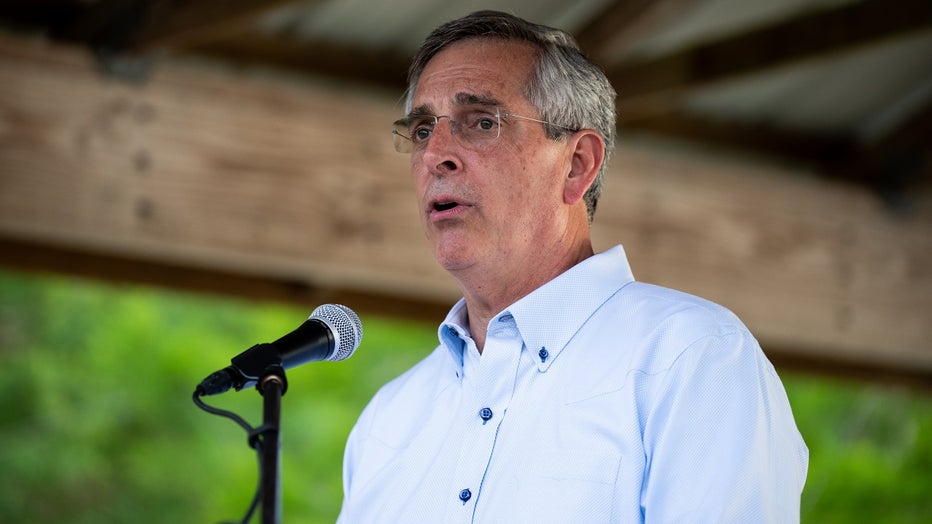 Willis has also said her team is looking at a November 2020 phone call between U.S. Sen. Lindsey Graham and Raffensperger, the abrupt resignation of the U.S. attorney in Atlanta on Jan. 4, 2021, and comments made during December 2020 Georgia legislative committee hearings on the election.

Trump has said his call with Raffensperger was "perfect" and said he did nothing wrong. Graham has also denied any wrongdoing.

It’s not clear exactly what charges Willis could choose to pursue against Trump or anyone else. In a letter she sent to top-ranking state officials last year, she said she was looking into "potential violations of Georgia law prohibiting the solicitation of election fraud, the making of false statements to state and local government bodies, conspiracy, racketeering, violation of oath of office and any involvement in violence or threats related to the election’s administration."