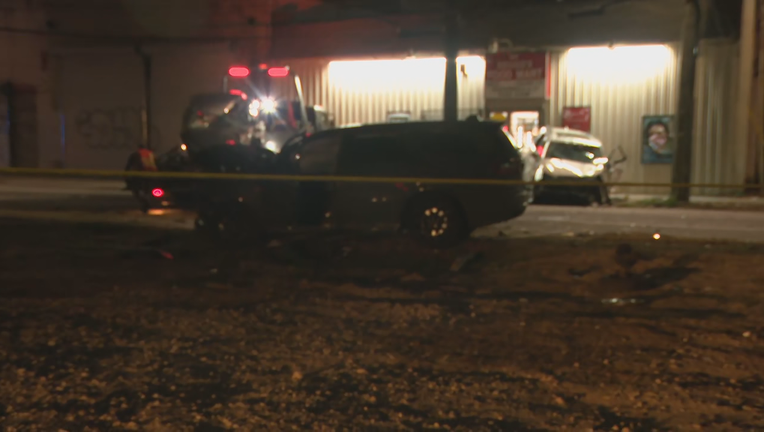 Troopers investigate a crash along Sylvan Road that happened on Dec. 3, 2021. (FOX 5)

ATLANTA - The Georgia State Patrol said troopers arrested a suspected impaired driver who fled from a traffic stop and ultimately cause a crash involving two other vehicles.

Troopers said Ford was being pulled over around 3:50 p.m. while driving along Northside Drive for an equipment violation. Instead, the driver of the Dodge Durango fled south and turned onto Peters Street that turned into Whitehall Street and then turned into oncoming traffic along Lee Street. Troopers said Ford weaved in and out of oncoming traffic eventually turning eastbound on Dill Avenue. 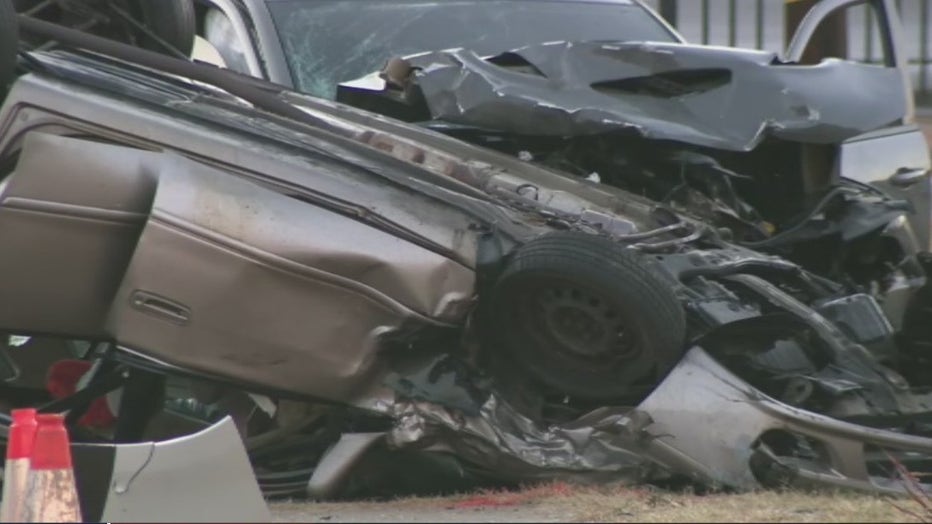 Troopers investigate a crash along Sylvan Road that happened on Dec. 3, 2021.

At the intersection of Sylvan Road, troopers said Ford ran a red light and crash into the driver's side of a Subaru Forester before striking a Toyota Corolla and causing it to overturn.

All occupants, some that needed to be extricated, were rushed to Grady Memorial Hospital.

Ford was taken into custody and taken to Atlanta Medical Center to be checked out before being booked into the Fulton County jail.

The names, ages, and the number of the victims in the two vehicles were not immediately available.