CONYERS, Ga. - Powerful storms moved through metro Atlanta on Monday afternoon and evening, mostly dumping rain and causing a bit of a light show, except in Rockdale County where high winds left behind damage to some stores and down several trees and power lines.

FOX 5 Storm Team Meteorologist Jeff Hill said he tracked 60 mph winds through the Conyers and Rockdale County area around 6:30 p.m. There were no warnings in the area at the time and a tornado is not suspected. The National Weather Service has not issued a report on that damage.

Georgia Power shows as of 8 p.m. about 5,000 customers in the area were without power. About two-thirds of the customers were restored by 10 p.m. 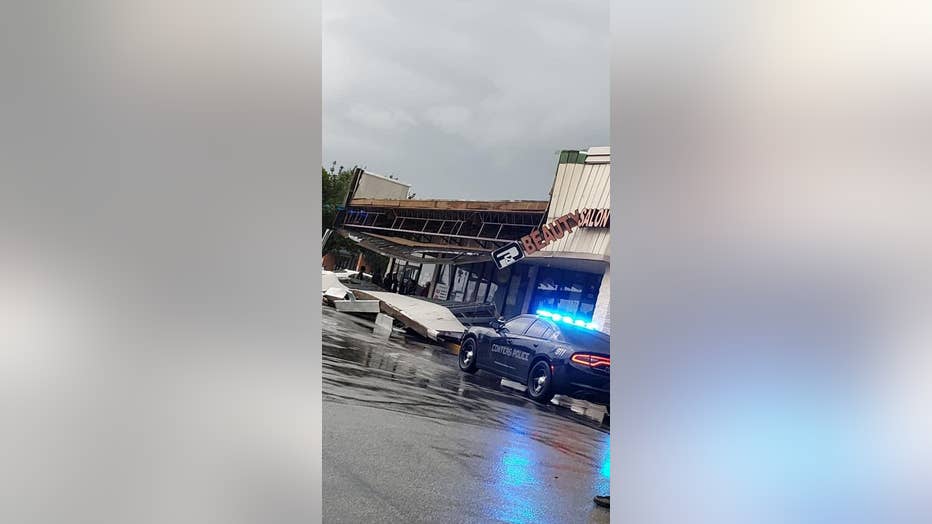 Powerful winds damage a shopping center along Highway 138 south of I-20 in Conyers, on June 22, 2020. (Courtesy: Katie Phillips)

Pictures shot by Conyers resident Katie Phillips shows damage to the Hobby Lobby, Golden Krust, two salons and a cleaners just off of Highway 138 south of Interstate 20 in Conyers. Phillips was inside the Hobby Lobby when the winds moved through. 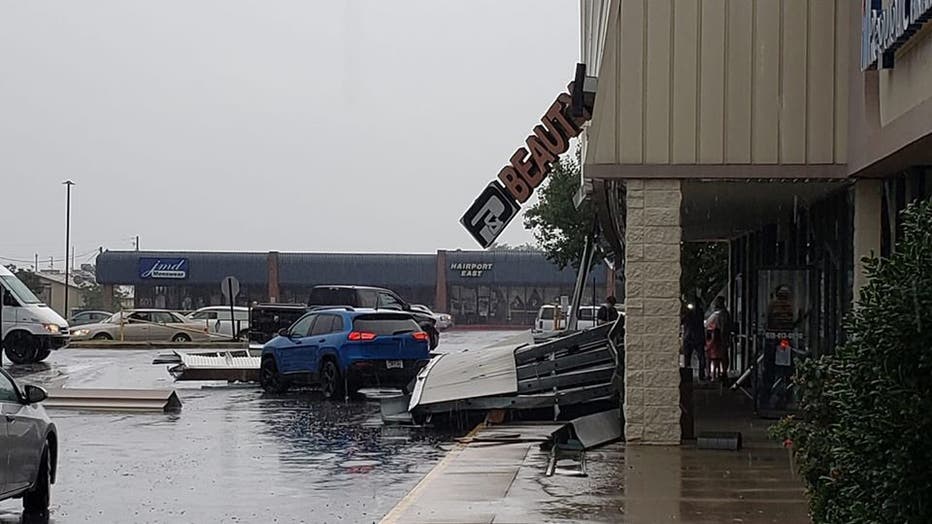 Damage caused by straight line winds to the shopping center of Highway 138 south of I-20 on June 22, 2020. (Courtesy: Katie Phillips)

"The employees had everyone come to the front center of the store at Hobby Lobby to keep us safe and weren't allowing people to go outside because of the debris blowing around," Phillips told FOX 5's Ashley Soriano. "The power was already out by then and you could hear the rain pounding and what sounded like hard banging. There was nearly no visibility outside." 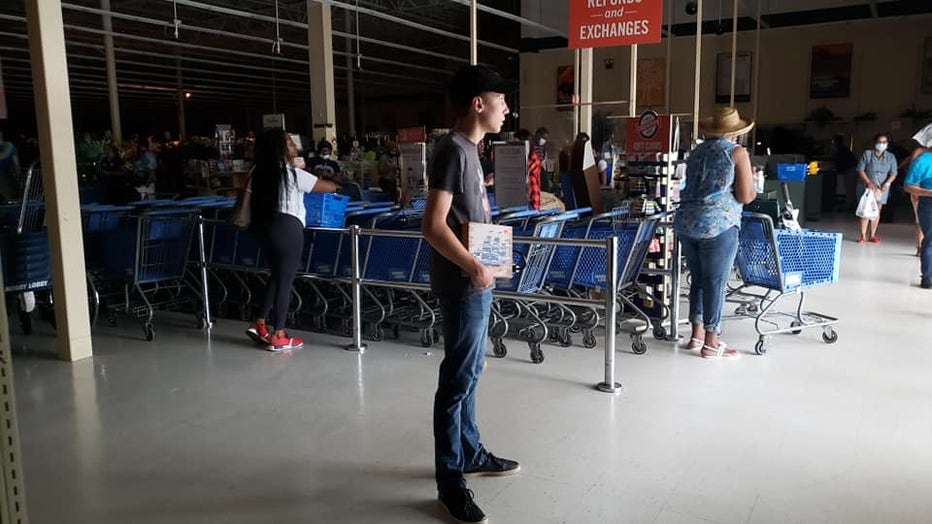 A customer in front of the Hobby Lobby on Highway 138 in Conyers surveys the damage left by strong winds on June 22, 2020 (Courtesy: Katie Phillips)

The Conyers Police Department said there were several reports of trees down across the city, but thankfully no injuries. 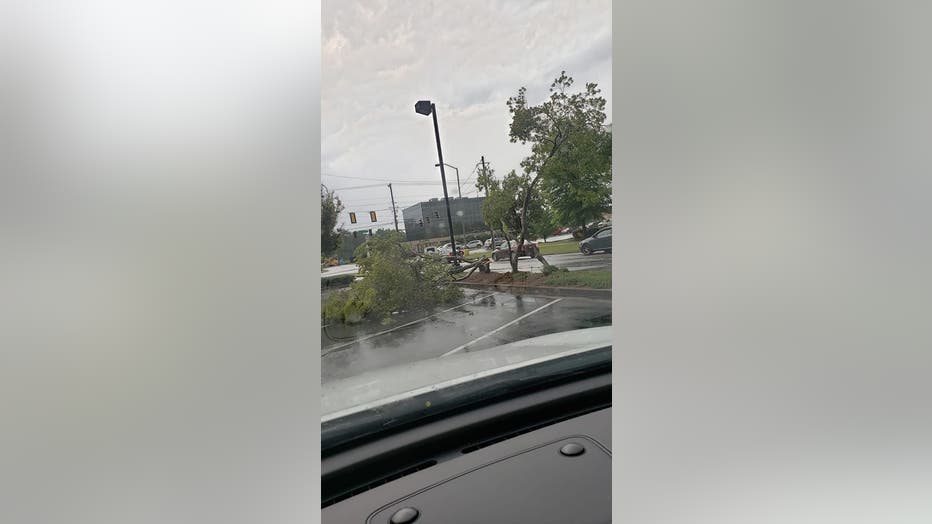 Trees along Highway 138 in Conyers were toppled during strong winds on June 22, 2020. (Courtesy: Katie Phillips)