Thomasville Police released surveillance video as they continue to investigate an armed robbery at a Kay Jewelers store.

THOMASVILLE, Ga. - Thomasville Police released surveillance video as they continue an investigation into the armed robbery of a jewelry store.

Authorities are working to identify the suspect who is seen in the surveillance video walking into the front door of the Kay Jewelry store at 15039 US Hwy. 19S around 11:30 on January 20.

Police described the suspect as a tall white male with a thin build, with blue jeans, a long-sleeved shirt, and what appears to be a wallet chain attached to his belt. A

Also, a holster of some type can be seen in the video.

Previously authorities release photos of a suspect with a slender build who was seen wearing a dark-colored knee-length trench-like coat and carrying a shopping bag. 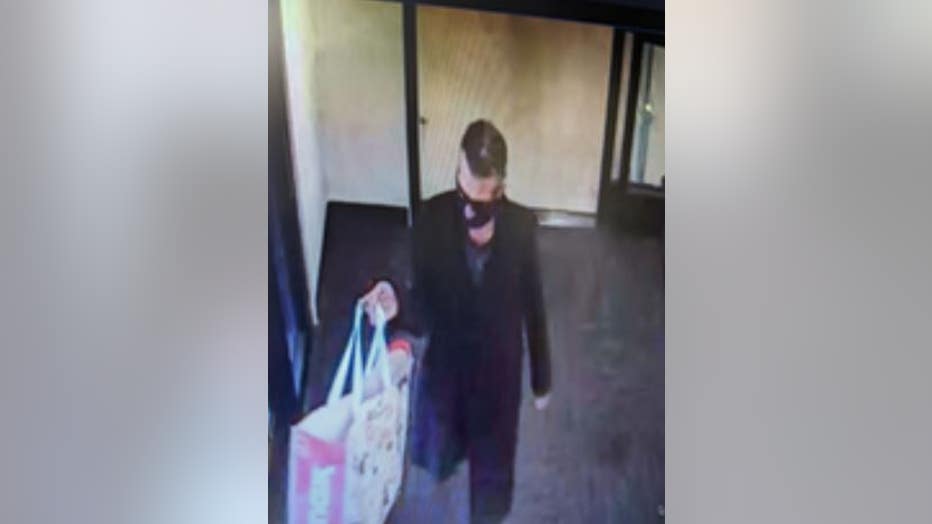 Police are searching for the suspect connected to the armed robbery of a Kay Jewelry store on January 20, 2022. (Thomasville Police Department)

Investigators are working to locate the witness who is believed to have been inside the store during the time of the robbery.

Anyone with information on the suspect's identity or the individual who witnessed the crime is asked to contact the Thomasville Police Department's Criminal investigations Division at 229-227-3302.