ATLANTA - Police said thieves struck a man with a Jeep and ran him over when he confronted them to get his things back.

Victim Jackson Faw tells FOX 5 News he's unbelievably lucky he wasn't badly hurt during the frightening ordeal. He said he had no idea that the teenagers who often snatch valuables from cars could turn violent.

"And I'm looking at the guy-- this kid, in his eyes, and he makes the decision, the conscious decision to ran over me," Faw said, who suffered some injuries during the ordeal but was quickly released from the hospital.

Faw said Oct. 22, he was parked in the driveway of a home on Atlanta Avenue SE, loading luggage into his vehicle to take a friend to the airport; a neighbor approached and told them that thieves in a Jeep snatched his bag and took off.

Faw said he drove on Hill Street after them and spotted the Jeep and a group of teenagers. He snapped photos of the Jeep taking off and his things thrown across the ground.

He said he offered to not call police if they would simply give him his bag with his laptop back; he believed that's what they were doing when the Jeep circled back around.

"Somebody on the passenger side said, 'Hey man, got your laptop,'" he said. "I walked in front of the vehicle and they 'punched it' and knocked me to the ground. As I was laying on the ground, watched both tires on the driver's side roll over my legs," Faw said.

Witnesses rushed to help Faw, as he was transported to the hospital.

Police said they arrested four young men and teenagers, and are working to tie them to other crimes around metro Atlanta. 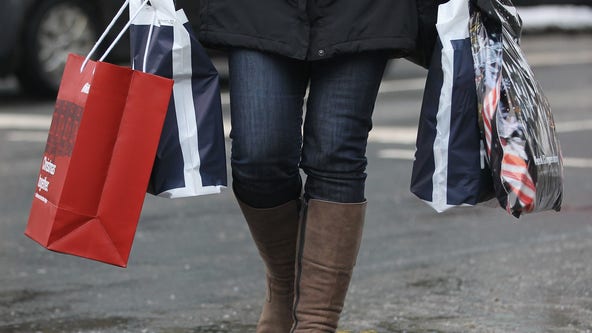