A mother tells FOX 5 Atlanta about a late-night frantic call from her sons. The teens parked at a nearby church and were robbed when they walked back.

ATLANTA - An Atlanta mother is frustrated and angry over what happened to her sons — victims of a carjacking.

The two borrowed her car to attend a skating party. It was a busy Sunday night and the lot was full. They drove to a nearby church to park and walked over to the Cascade Skating Rink.

They enjoyed an evening of fun. When it was over, the teenagers walked back to the church lot.

"They saw a (suspicious) car in the lot but by then it was too late for them to turn around," said the mom who did not want to be identified.

Police say one of two men in a charger approached the brothers and cocked his pistol. He ordered the teens to the ground. 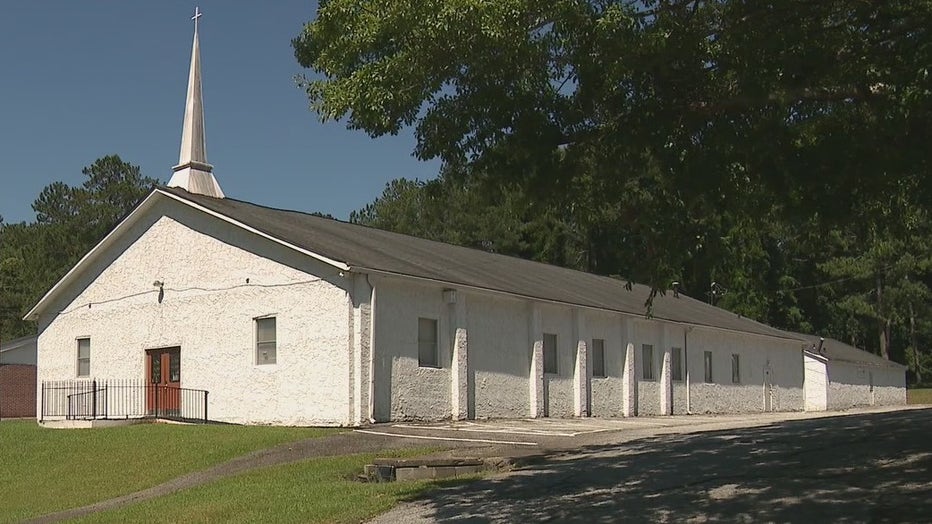 A mother said her teenage sons parked at this church while enjoying a party at a nearby skating rink. They were carjacked at gunpoint when they returned, she said. (Photo: FOX 5 Atlanta)

It took just seconds for the thief to grab the keys to a family vehicle, a 2021 Toyota Camry, and speed away. The driver in the Charger followed.

"They called me hysterical," the mother added. "The first thing I wanted to know is are they hurt."

Physically the brothers are fine. Emotionally, though, undoubtedly there will be scars from the event.

"I mean, it's bad when young people cannot enjoy the skating rink," the mom said.

The thieves trashed the vehicle which was found less than one hundred yards away from where they committed the carjacking. Among the items they took out of the vehicle was a gun the mom had in her trunk.