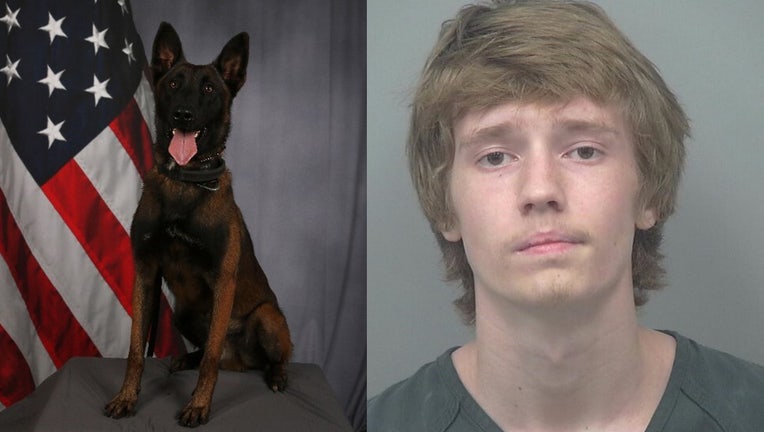 Police said 17-year-old Levi Kennedy Bryan, from Oakwood, shot a K9 during his arrest and is being held at the Gwinnett County Detention Center without bond. (FOX 5 Atlanta)

GWINNETT COUNTY, Ga. - A 17-year-old from Oakwood who police said shot a K9 when police tried to arrest him faces 10 charges, including harming a law enforcement animal.

Levi Kennedy Bryan was the subject of an officer-involved shooting in May on Pine Lane in Gwinnett County. He was later shot by law enforcement, according to the GBI. He's in Gwinnett County Detention Center without bond.

Before the shooting, Bryan was allegedly involved in a domestic incident in a Gwinnett County neighborhood. 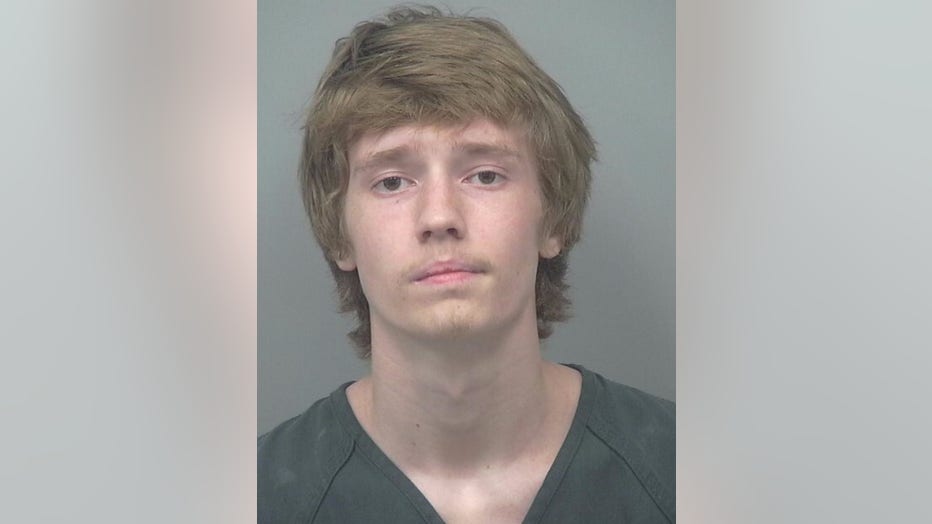 Gwinnett County Police Department went at around 10:20 p.m.t to a neighborhood off of Braselton Highway after reports of a domestic incident in which a man threatened a woman with a handgun.

The GBI said Bryan had entered the home with a gun and threatened people inside, including his girlfriend. Someone forced Bryan to leave before officers arrived.

The GBI said officers saw Bryan in the woods behind houses on Pine Lane, and Bryan fired his gun, shooting K9 Kai.

Officers shot Bryan, who was hospitalized.