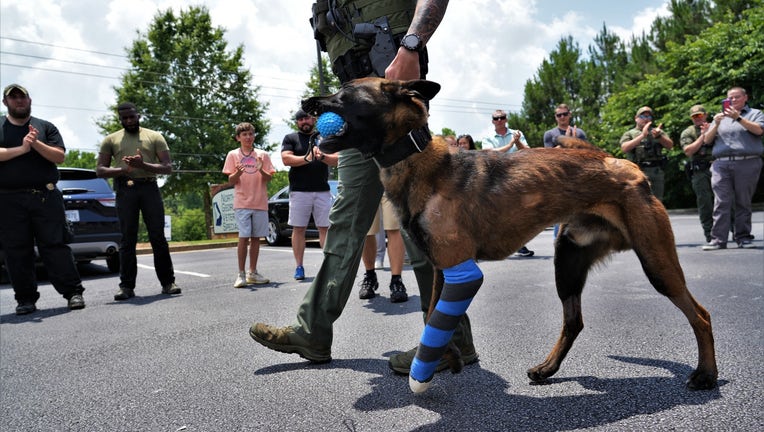 K9 Kai with a bright blue ball on the day of his release from the hospital. (Gwinnett County Police)

GWINNETT COUNTY, Ga. - Gwinnett County police said a police K9 injured in an officer-involved shooting was released from the hospital on Tuesday.

Photos captured officers and children applauding Kai as he was released from the hospital. Kai was seen holding a bright blue ball with a black/blue cast wrapped around his leg.

Officials say Kai is set to recover at home with his handler, Cpl. Aaron Carlyle. 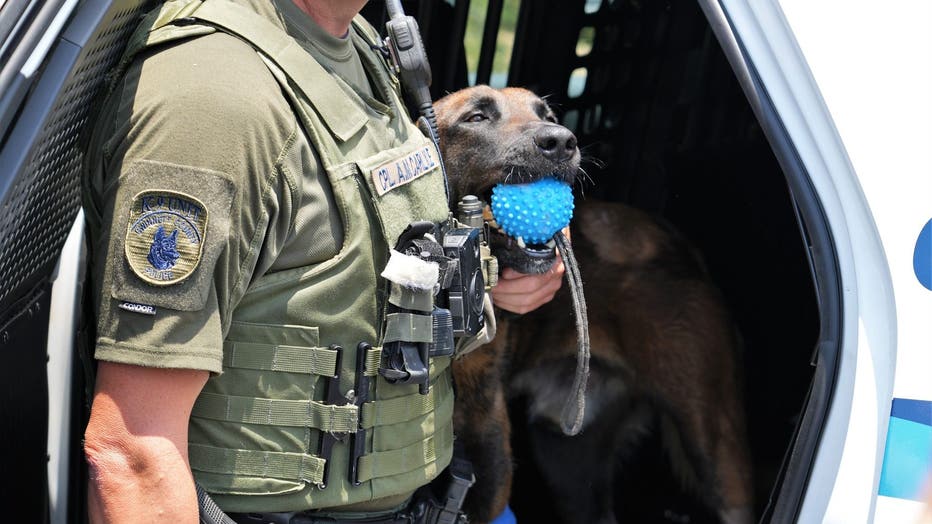 The Gwinnett County Police Department said officers went to a neighborhood off Pine Lane at around 10:20 p.m. on May 24 after reports of a domestic incident in which a man threatened a woman with a handgun.

When officers got to the scene, an armed man had already left the home.

K9 officers and the department's Aviation Unit tracked the man down to a wooded area near the home. Officials said when officers approached, the man fired at least one shot, hitting a police dog. 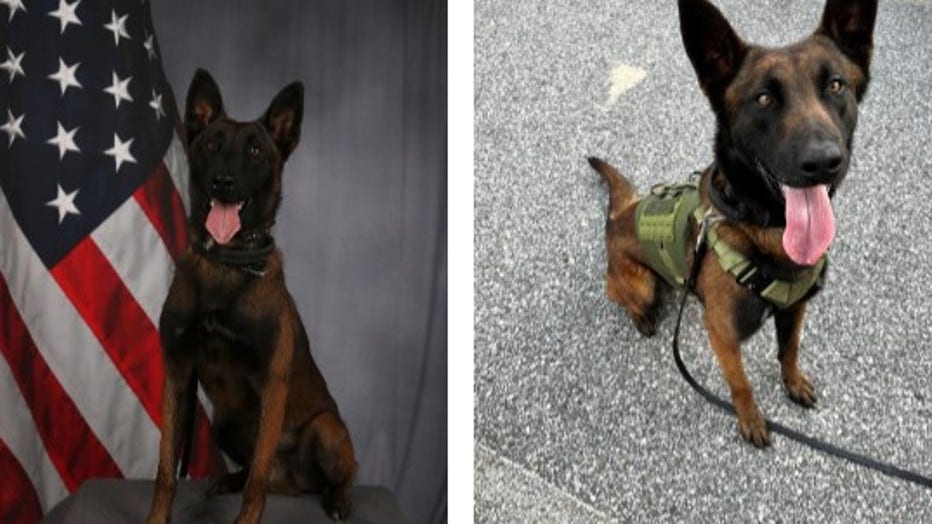 Gwinnett County police K9 Kai, a 2-year-old Belgian Malinois, will be released from the hospital on Tuesday after receiving treatment for multiple gunshot wounds.

Police identified the K9 as Kai, a 2-year-old Belgian Malinois. They said Kai was in stable condition after being shot multiple times. Kai had been working as a dual-purpose K9, investigating narcotics and on patrol, for less than a year.

After the dog was hit, an officer returned fire, hitting the man.

Medics rushed the man to a nearby hospital for treatment. Police have not updated that suspects condition, but the Georgia Bureau of Investigation said 17-year-old Levi Bryan did not die.