The man arrest in connection to the shooting death of an 8-year-old girl has prior arrests.

ATLANTA - The teen accused of murdering 8-year-old Secoriea Turner on July 4th was out on bond and had been arrested at least two other times before.

According to the police report, Conley threw fireworks under a woman's car while she was driving on Interstate 285 back in March. A concerned motorist witnessed it, called the police and followed the Dodge Journey until police found the car. Conley was a passenger in the front seat. The victim told police it was Conley who leaned out of the car and threw the device under her car.

We talked to the driver of that Dodge by phone. He did not want to release his name but explained the arrest.

"I mean we were driving, next thing I know about 10 Cobb county squad cars behind us, pulling us over, pulling us out the car," the driver recalled.

Once police searched the car they reportedly found gloves, bandanas, four guns, including an AR-15, and they say Conley had a false ID. 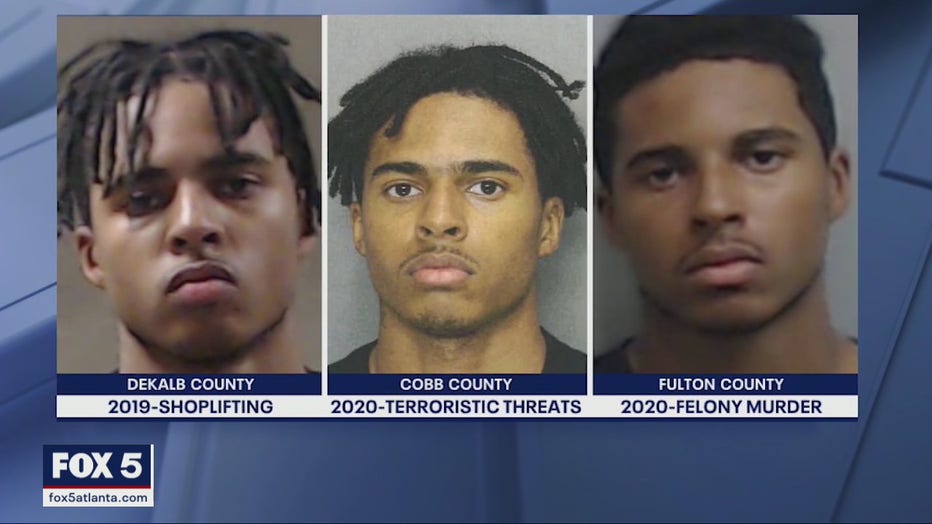 The 19-year-old's friend says the guns are legal.

"You guys had quite a few guns that day. He had a gun on July 4. What's with all the guns? " FOX 5 reporter Aungelique Proctor asked.

"We are Americans, we have a right. Our forefathers fought for our second amendment rights," the man said with resolve.

He says Conley is innocent of throwing the firework back in March.  The case is still pending. Conley was also charged with Shoplifting in DeKalb. It is still open as well.