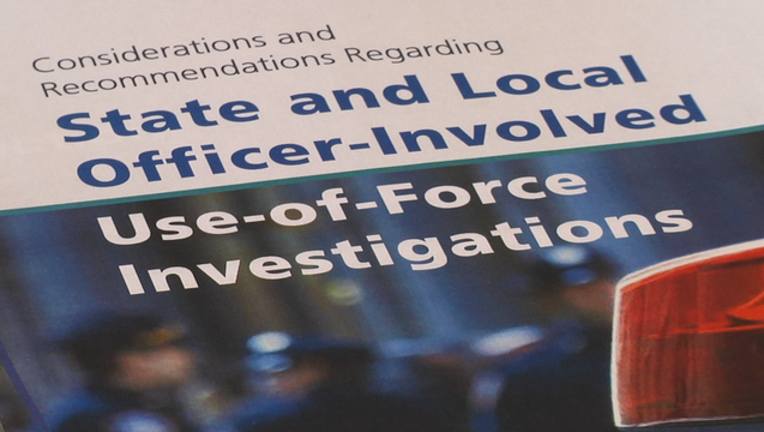 DEKALB COUNTY, Ga. - A national task force has issued recommendations on how agencies should investigate officer use of force cases.

The Georgia Bureau of Investigation reviews the majority of officer-involved shootings and other use of force incidents in Georgia.  GBI Director Vernon Keenan was one of the many people tapped to help with the national project.

"We're very proud of the document because to have all this many people come together and agree that these are the guidelines and recommendations which should be in place when you're doing an officer use of force case is important," said Keenan.

The guidelines, sent out to agencies in the last few weeks, outline not only what steps agencies should take, but also that they should include prosecutors in the early stages of the investigation. They also urge investigators to keep an open line of communication with the community.

Keenan stressed that these are simply best practices and not hard and fast rules for use of force investigations.

"This tracks very closely what GBI follows in our process, but it validated what we were doing to see that the national recommendations and guidelines mirror what the GBI already had in place," said Keenan.