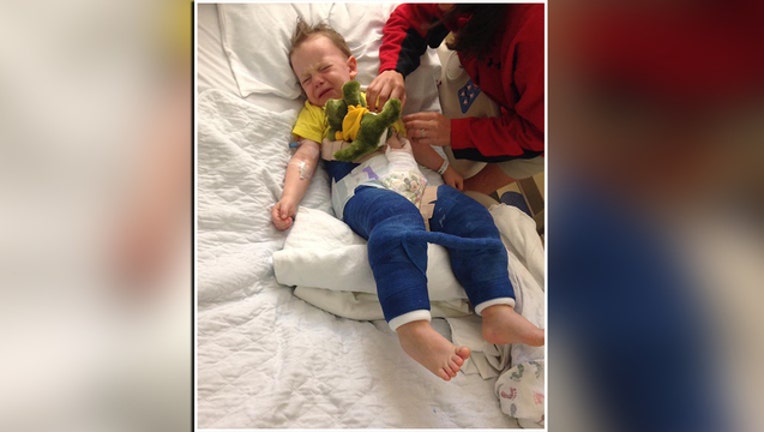 MIAMI (AP) - A 3-year-old Florida boy is in a cast from the waist down for an injury suffered while jumping at a trampoline park, his family said Tuesday, in a case that has circulated nationally on social media and raised questions about age restrictions for the activity.

Kaitlin Hill said her son Colton broke his thigh bone late last month while bouncing on a trampoline at an indoor park in Tampa that promoted the use of trampolines by toddlers, despite the recommendations of some medical organizations.

"It was a scream that you never want to hear from your child. It was heartwrenching....and it continued for a good 24 hours," Hill told FOX 13.

Hill warned other families not to allow young children on trampolines in a heartfelt Facebook post that has been shared more than 235,000 times. Hill, a 29-year-old nurse, said an orthopedic surgeon told them the repetitive pressure from jumping may have caused the fracture. Doctors put Colton in a hip spica cast for six weeks, and he has to wear diapers again and travel in a special wide car seat.

"From being potty trained at three to now being in a diaper...it's a nightmare, it truly is," said Hill.  "Every single night, he gets only four or five hours of sleep because he wakes up reliving the incident," she said.

The pediatrics group warned last year that emergency-room visits from trampoline parks users have soared from 581 in 2010 to 6,932 in 2014 as the popularity of the facilities has grown. Home trampolines are still behind most of the injuries with more than 90,000 cases, but that number has remained steady for years. Researchers have called for further investigation and actions to prevent injuries at trampoline parks, saying there are no consistent guidelines for businesses to follow.

The International Association of Trampoline Parks, based in Hershey, Pennsylvania, released a statement, which reads:

The recent incident involving a minor at Sky Zone Tampa did not occur the way it has been portrayed in the media. We have made the Guest’s family aware of our findings and we are providing their representatives with video footage of the incident. Out of respect to the family, we do not have plans to release the footage publicly at this time.

Guest safety remains our priority. Our primary concern is the well-being and speedy recovery of the child. We are continuing to investigate the situation and are actively communicating with representatives of the family."

Dr. Armin Tehrany, an orthopedic surgeon and founder of Manhattan Orthopedic Care, said the repetitive motions from bouncing can cause major injuries with bones twisting or breaking. He said physicians would like for parks to do a better job at disclosing the medical academies' recommendations, especially in keeping young children away from trampolines.

Hills says the indoor trampoline parks are marketing for children to come in and bounce but warns parents that people need to listen to respected medical professionals and heed that advice and protect babies. 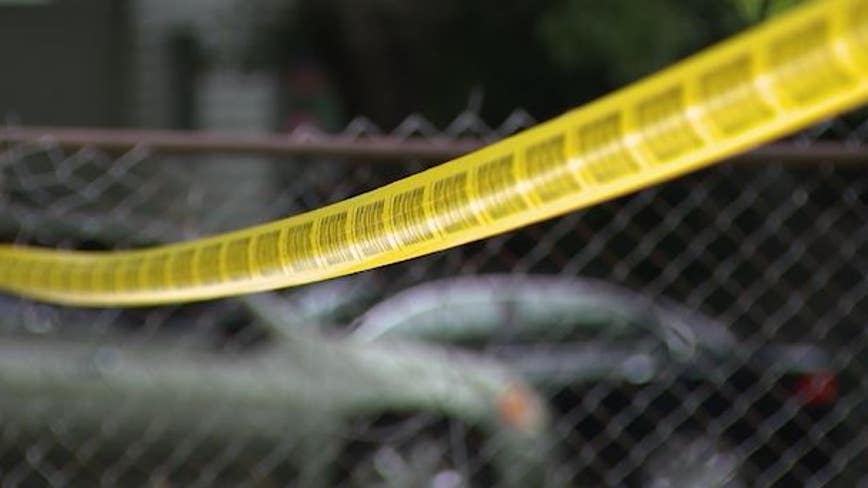