Rockdale deputies find person dead at a home in Conyers

DeKalb County investigators contacted Rockdale County to assist in with search warrant. SWAT breached the home and found a person dead inside.

CONYERS, Ga. - Law enforcement from Rockdale and DeKalb counties found a person dead in a home overnight in Conyers. Investigators are working on determining what led up to the death.

According to the DeKalb County Police Department, the investigation began Saturday around 6:30 p.m. when officers were called to a shooting on the 6800 block of Timberhead Way.

Investigators say the suspect, identified as Louis Hicks Jr., was involved in a physical fight at a family gathering before firing shots. After the shooting Hicks fled to Rockdale County.

A spokesperson for the Rockdale County Sheriff's Office told FOX 5 Atlanta the investigation was near the intersection of Klondike Road and McDaniel Mill Road. Rockdale deputies were called by DeKalb County for assistance executing the warrant.

Law enforcement initially went to that area to execute a search warrant for a weapons investigation at around 6:55 p.m. Saturday night. 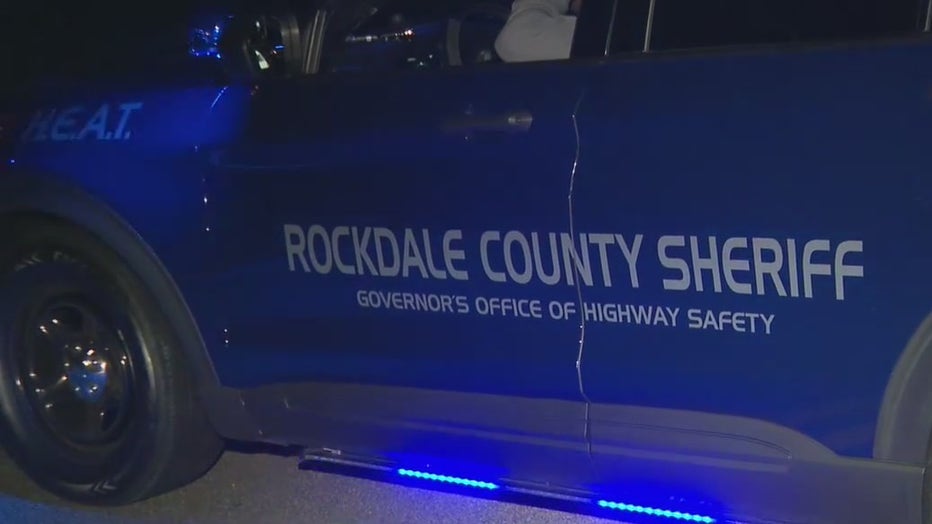 Two people were injured in the DeKalb County incident - one woman who was transported to a local hospital and a man who refused treatment.

Investigators are not looking for any suspects.

Law enforcement blocked off roads and was on-scene for several hours but the roads re-opened on Sunday morning.