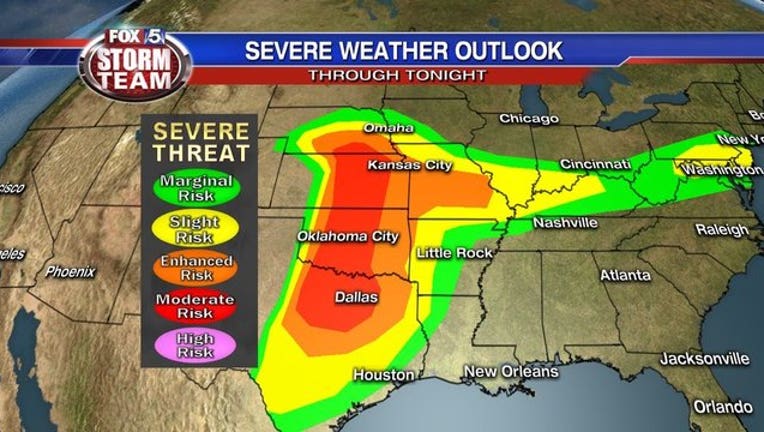 The FOX 5 Storm Team says most of Louisiana and Mississippi — along with a small part of western Alabama — will be at a slight risk of severe storms Wednesday.

FOX 5 Storm Team Meteorologist Jeff Hill says storms expected to move into northwest Louisiana in the early morning hours Wednesday could bring 1-3 of rain in some spots. More rain is expected in Louisiana this weekend.

In Mississippi, forecasters say large hail and a few tornadoes will be possible with Wednesday's storms.

Hill says the chances for some thunderstorms in Georgia will increase late Wednesday through Thursday, though it wasn't certain how strong they will be.