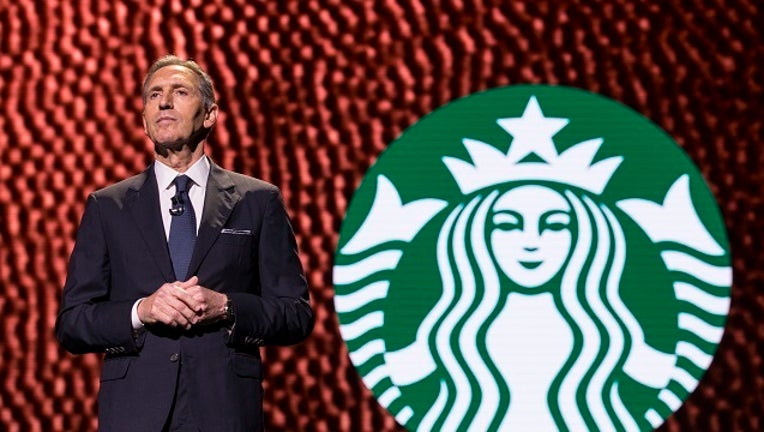 NEW YORK (AP) - Starbucks Corp. says Howard Schultz is stepping down as executive chairman this month of the coffee chain he joined more than 30 years ago.

Schultz, who oversaw the transformation of Starbucks into a global chain with more than 28,000 locations, had left the CEO job at the company last year to focus on innovation and social impact projects.

The Seattle-based chain says Schultz will take the title of chairman emeritus as of June 26, and is writing a book about Starbucks' social impact efforts.

"Starbucks changed the way millions of people drink coffee, this is true, but we also changed people's lives in communities around the world for the better," Schultz said in a letter to Starbucks employees.

Schultz said he was considering "a range of options for myself, from philanthropy to public service," but wasn't sure what the future would hold. He had endorsed Democratic presidential nominee Hillary Clinton before the last presidential election and had sometimes deflected questions about whether he would run for office.

He had often aligned himself and Starbucks with social issues like race and jobs for underprivileged youth - even when those efforts fell flat, like the "Race Together" campaign that encourage workers to talk about race with customers.

More recently, as the company tried to restore its reputation after the arrest of two black men at a coffee shop in Philadelphia, Schultz said he didn't want people to feel "less than" if they were refused bathroom access.

Last week, the company closed its U.S. stores for several hours for bias awareness training, one of the measures it promised after the men in Philadelphia were arrested as they waited for an associate but hadn't bought anything.

"Please remember, Starbucks is at its best when our stores and offices are welcoming places for everyone" he said in his letter.

Schultz, who had returned as the company's CEO in 2008, was credited with turning around Starbucks' fortunes. He oversaw the expansion of the chain's food and beverage menu and the growth of its popular loyalty program and mobile app.

In his letter, Schultz also credited the company with "balancing profitability and social conscience, compassion and rigor, and love and responsibility."

Starbucks said Myron E. "Mike" Ullman would be the new chairman of the board upon Schultz's retirement.