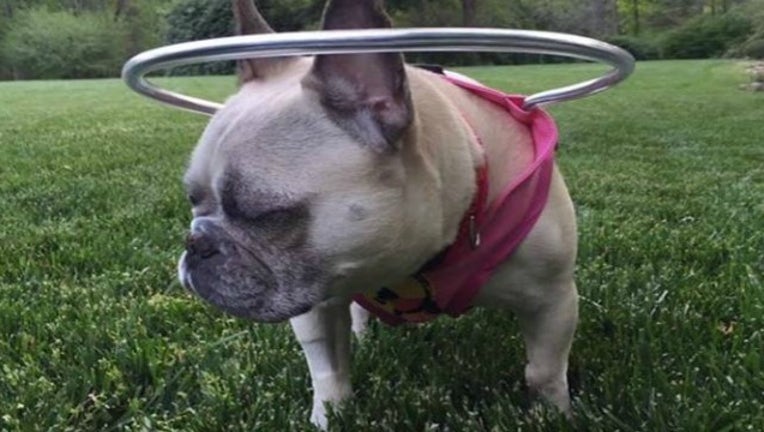 Just like some humans, there are plenty dogs who are blind. Imagine how tough it could be for them, not able to use a blind stick to keep them from running into things they can't see...like walls, chairs, toys, you name it. If it's on the ground, they can bump into it easily.

And dogs can become frustrated and cry just like we do.

What better way to help these little angels than a little "halo"! Halos for Paws has created a special vest with a circular attachment made of aluminum wire and plastic tubing that prevents them from crashing head-on into what's in front of or around them.

Each Halo for Paws vest is custom-fit since dogs come in all shapes and sizes. The business took flight in 2012 and has seen so much 'paw' traffic ever since!

They have been thinking outside-the-doghouse since there are plenty other blind animals that could use the same type of assistance. Now, Halos for Paws has branched out, helping everything from sheep to cats. Along with the U.S., Australia, Canada, and the UK are big buyers.

Read more about Halos for Paws