A Fayette County family says 20-year-old Charlie Glass was born prematurely with several birth defects. His adoptive mother became ill and entrusted a state-licensed facility to care for Charlie, but later learned he had not been properly fed.

FAYETTEVILLE, Ga. - A Fayette County family cannot understand how their special needs loved one apparently went months without being properly fed even though he was in the care of a state-licensed facility.

Charlie Glass, 20, was born prematurely to a cocaine-addicted mother. But his luck changed a few days later when Betty Glass walked into the hospital and saw him for the first time.

"I fell in love with that little wrinkly little baby," said Betty, now 75. "You should have seen him. Little white thing laying there. He was all wrinkled up and everything. I go, ‘Oh that’s my baby!’"

Betty took Charlie into her Fayetteville home, just like she had so many other foster children. 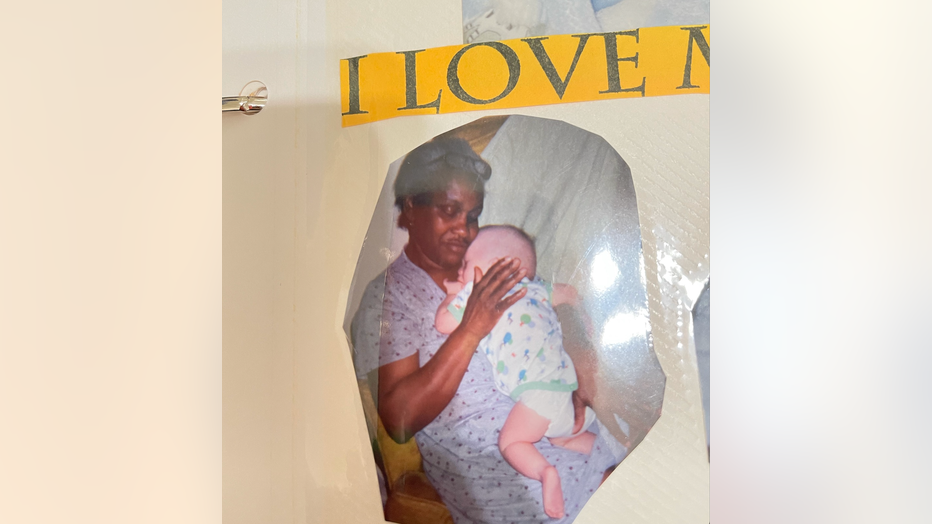 Betty Glass adopted Charlie knowing he would need constant care for the rest of his life. She provided that for nearly 20 years until May 2021. That's when she almost died from COVID-19.

They fit birthday parties between the three heart surgeries, family fun for a child who would never talk and until more surgeries had club feet and an extra finger.

She would eventually adopt Charlie, knowing full well he would always require diapers. A feeding tube was placed in his stomach to nourish him along a few favorite foods he liked to be spoon-fed.

It was all going well until this year.

Medical records show Charlie weighed just 63 pounds during his September checkup while at the personal care home, a drop of 22 pounds from his last doctor visit in March 2020.

Unvaccinated, Betty caught COVID-19 and spent weeks in the hospital near death.

Charlie moved in with Betty’s daughter and son-in-law, but they realized they couldn’t care for him indefinitely.

"I knew wherever he was going I had to make sure that it was going to be a proper place for him," said Rev. Leon Stanley, Betty’s son-in-law.

That place — recommended they say by the state — was The Michael House in Cordele about three hours away. 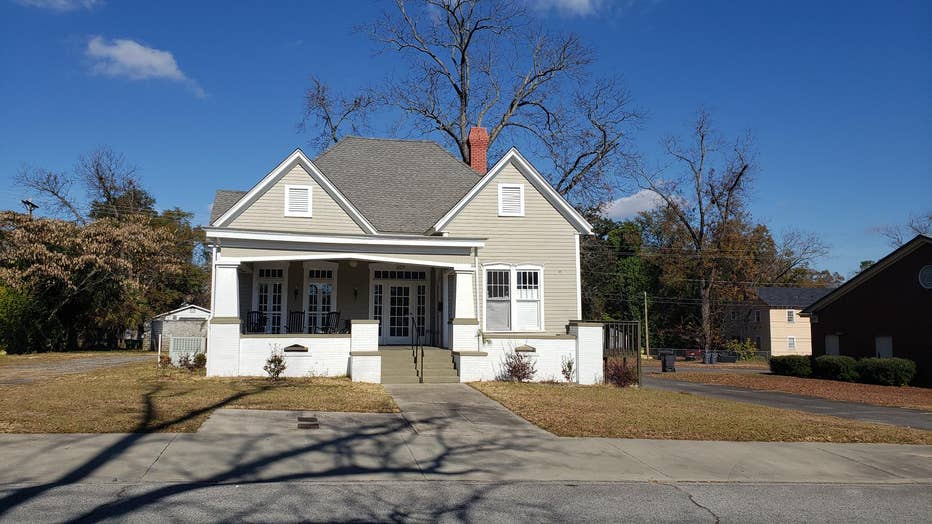 The Michael House in Cordele was licensed six months before Charlie moved in.

Stanley interviewed the owner Anthony Bowen who drove up to Fayetteville with pictures of The Michael House.

"He showed me his particular home," said Stanley. "The bed Charlie be sleeping in. His room. Everything looked beautiful."

Charlie would live at The Michael House for about six months. Finally, after Betty rallied and was able to come home from the hospital, the family hurried down to Cordele to pick up her baby.

What they saw took their breath away.

"We just sat there," remembered Stanley. "We were just looking Charlie over just … in shock."

Charlie was a shell of the person they had seen six months earlier. His ribs were showing through his skin. They said he was starving.

"I mean we was just crying," said Betty. "It was horrible." 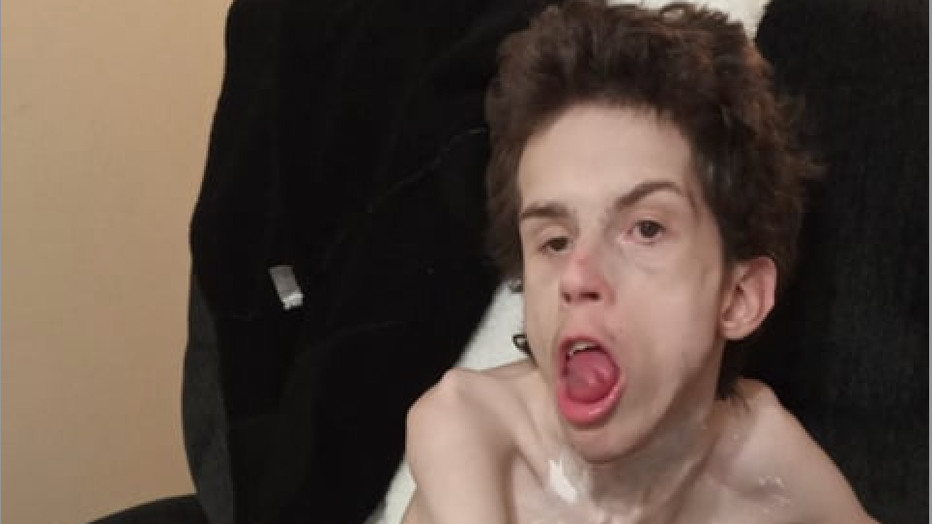 This cropped photo was taken after Charlie's family picked him up from the personal care home where he lived for six months. They say he lost 22 pounds.

According to the family’s complaint to the state, Michael House’s owner Anthony Bowen admitted "Charlie’s lost some weight," when they picked him up. He insisted it was only 7 pounds.

But medical records show Charlie weighed just 63 pounds during his September checkup while at the personal care home, a drop of 22 pounds from his last doctor visit in March 2020.

"If you had nurses in that facility, who’s checking on him?" asked Stanley. "He has a feeding tube. There’s no way a kid who has a feeding tube should ever starve. This kid was in starvation mode. And it terrified us."

Finally, back home in Fayetteville, the family watched Charlie gulp down yogurt and his other favorite foods. 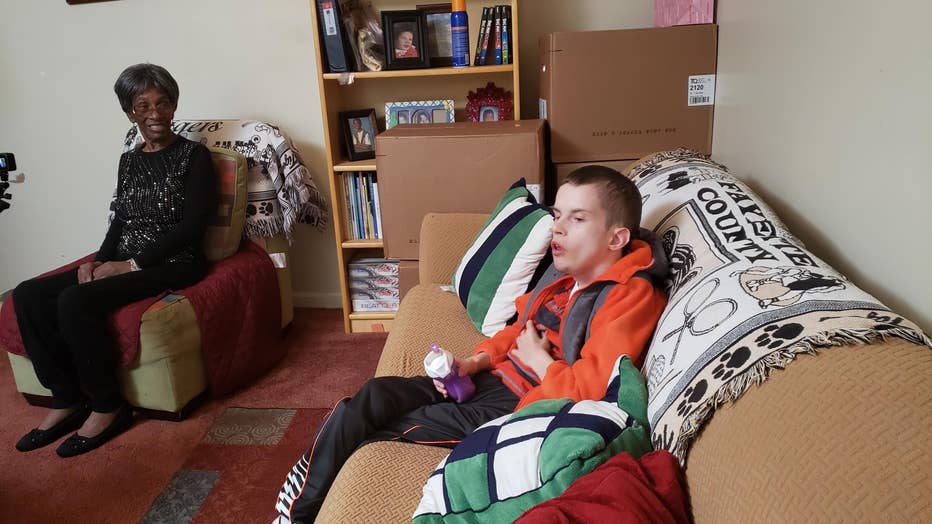 Betty Glass keeps a close eye on her son now he's back home. Still recovering from COVID, she can no longer care for him fulltime and uses a metro personal care home to help.

He’s slowly gaining back the weight he lost, happy to be watching his favorite cartoons again with his mom close by.

And yet, no one has any answers to the most obvious questions.

"A lot of eyes on Charlie," reminded Stanley. "How did this happen? Who dropped the ball?"

The Michael House was dark and deserted when the FOX 5 I-Team paid a visit in the middle of a weekday. Bedrooms appeared to still have clothes and other personal effects.

A dog tied up in the backyard was the only sign of life. 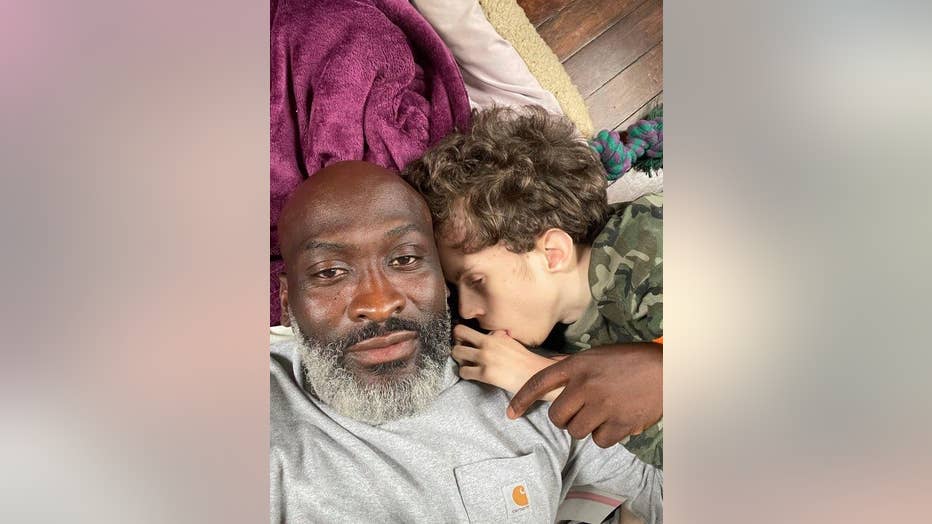 Michael House owner Anthony Bowen sent this picture to the Glass family to show how he was caring for Charlie. He did not respond to our multiple requests for comment about Charlie's frightening weight loss.

Bowen did not respond to multiple attempts for comment.

The Georgia Department of Community Health would not confirm they’re investigating, only that they’re "aware of this situation."

Stanley said he was under the impression that The Michael House was an experienced personal care home. However, records show it was licensed only a year ago.

"His medical condition, and I’m placing him in someone’s hands who has now just got operating within a year?" wondered Stanley. "That is very scary to know that."