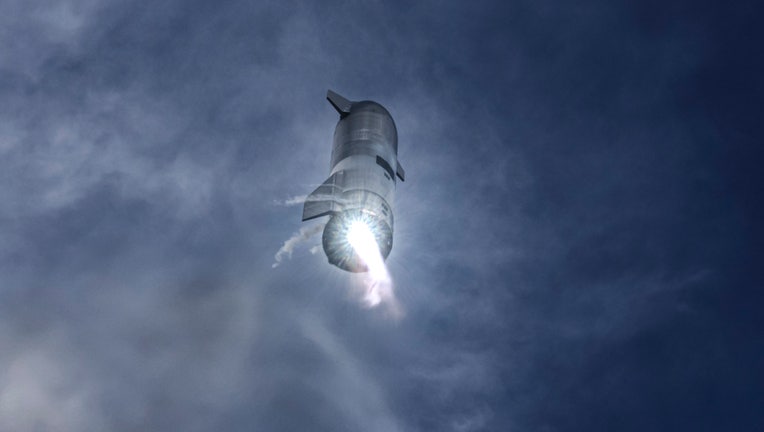 Launching in the Texas fog on Tuesday morning, a test flight of an unmanned SpaceX prototype, Starship No. 11, got off to an exciting start.

Unfortunately, the test launch ended with a bang.

Five minutes and 49 seconds into the SN11's high-altitude test flight, the onboard camera facing the three-meter tall Raptor engines froze. The YouTube Live broadcast from SpaceX's channel reported that crews cleared the pad before debris fell from the sky. Officials said the spacecraft apparently failed re-entry during the engine ignition sequence.

The spacecraft is part of a test series to gather data on using flaps during entry of the Starship vehicle at sub-sonic speeds.

A tweet from SpaceX CEO Elon Musk after the crash said SpaceX was working to learn what happened when the Raptor engines ignited on re-entry.

Musk tweeted that "at least the crater is in the right place!"

Previous Starship flights — the last of which launched three weeks ago — had similar results. The last Starship launch on March 3, SN10, appeared to be a near success when the spacecraft exploded on the landing pad with so much force that it was hurled into the air.

Musk plans to use Starships to send people to the moon and Mars.