Well-placed sources say the FBI is investigating the treatment of a Butts County businessman while he stayed at the Clayton County jail.

CLAYTON COUNTY, Ga. - Clayton County Sheriff Victor Hill is the target of a federal investigation into allegations of excessive force at the jail, according to well-placed sources.

FOX 5 News first learned about the court-ordered FBI activity at the Clayton County jail on Wednesday.

Sources familiar with a federal investigation say it centers around popular Clayton County Sheriff Victor Hill who was just re-elected to a fourth term this week.

FOX 5 has learned federal agents are looking into excessive force allegations involving a Butts County businessman who was in custody at the Clayton County jail.

The April arrest warrant obtained by FOX News states the man placed excessive calls to Hill at the sheriff's office and was ultimately arrested for harassing communications.

But it is what allegedly happened to him once he arrived at the jail that has gotten the attention of the FBI.

FOX 5 also talked to two other men who say they ended up in the Clayton County jail on misdemeanor charges, but they too allege excessive force was used on them while at the jail. Both men say they filed complaints with the US Justice Department. 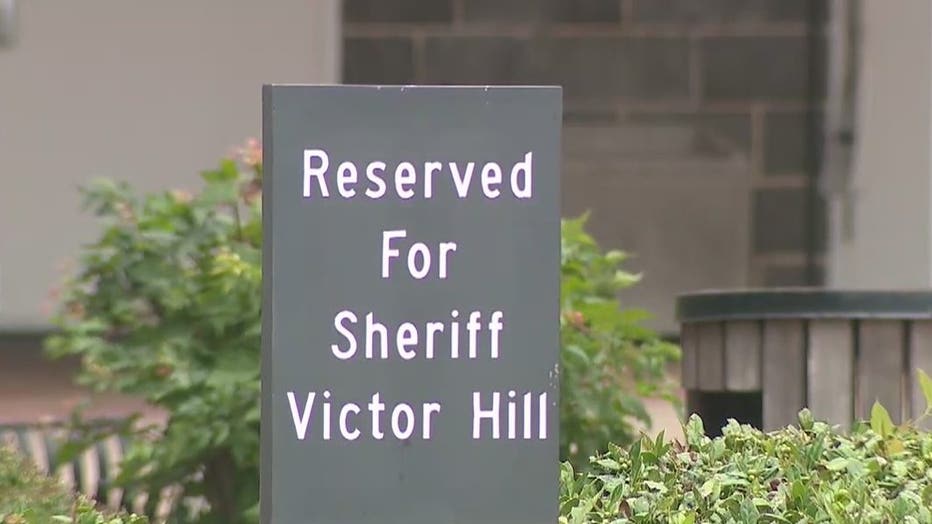 FOX 5 has not been able to find the sheriff to get a comment from him on these very serious allegations. Sheriff Hill's parking space at the jail was empty for two days in a row.

"All they did was execute a search warrant yesterday. I am still trying to figure out what is going on. I am just now getting involved and can have much more for you tomorrow," the lawyer said.