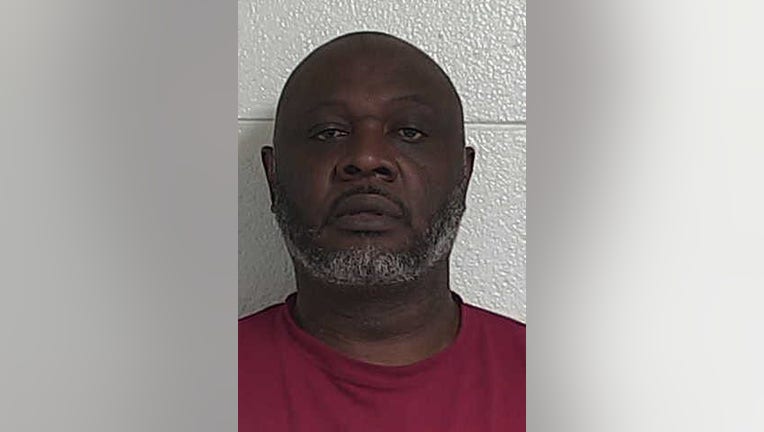 HOUSTON COUNTY, Ga. - A Georgia man was found guilty of three racketeering charges on Monday, identified by authorities in court as the head of a regional drug-dealing operation.

Dexter Lee Williams, 53, was arrested in March 2020 after a probe by the Houston County Drug Investigations unit connected him to a shipment of 87 pounds of cocaine worth nearly $4 million, according to authorities.

Williams showed no emotion in court as the verdict was read, The Macon Telegraph reported. He could face up to 60 years in prison at sentencing.

Williams’ attorney, Wanda Jackson, had argued at trial that prosecutors overstepped their bounds and that the charges were improperly brought, the newspaper reported. Jackson also argued that Williams was not part of a Houston County conspiracy and had only sold drugs to a Macon man whose connections had dealings in neighboring communities.

Prosecutors countered by saying to jurors that Williams’ actions were part of a long pattern of criminal activity. Williams was previously sentenced to 37 months in prison in 2007 for marijuana distribution, they said.

Houston County prosecutor Greg Winters said the shipment worth nearly $4 million was seized in March 2020 in south Macon and he was surprised by its size.

"In my time as a prosecutor, I’ve never seen the amount of illegal drugs that were brought in in one shipment alone," Winters told the Telegraph.

Authorities said they used wiretaps and other surveillance methods during the investigation and that more than 25,000 telephone conversations and text messages were monitored. They said the probe also led to the arrests of more than a dozen suspected local dealers.

Winters played several phone calls for the jury in which Williams could be heard arranging drug deals.

According to prosecutors, Williams’ network supplied narcotics to dealers across the region, including in Butts County and the Jackson area. One official testified the organization had likely been operating for more than five years.

Houston’s Acting District Attorney William Kendall said in a statement that Williams’ drug operation "put money over everything else" and that Williams had no concern about how many lives he impacted or devastated.