The officer posted a video where he is seen in his patrol car joking about a women giving birth in the back seat while she is in custody.

SNELLVILLE, Ga. - A police officer in Snellville is at the center of a controversy over a TikTok video he posted.

Snellville Police Officer Nick Moore is seen in the video posted to the account @k9hanes, in uniform and what appears to be his patrol car, joking about a woman giving birth in the back while she is in custody.

"Prisoner: My Water Broke," the on-screen caption to the now-deleted video reads. "Prisoner: You’re Going To Have To Deliver The Baby."

Moore then lip-syncs the words, "Ain’t no way."

A local content creator, who just goes by Danesh, posted an edited version of the video to his own TikTok profile, calling Moore out. 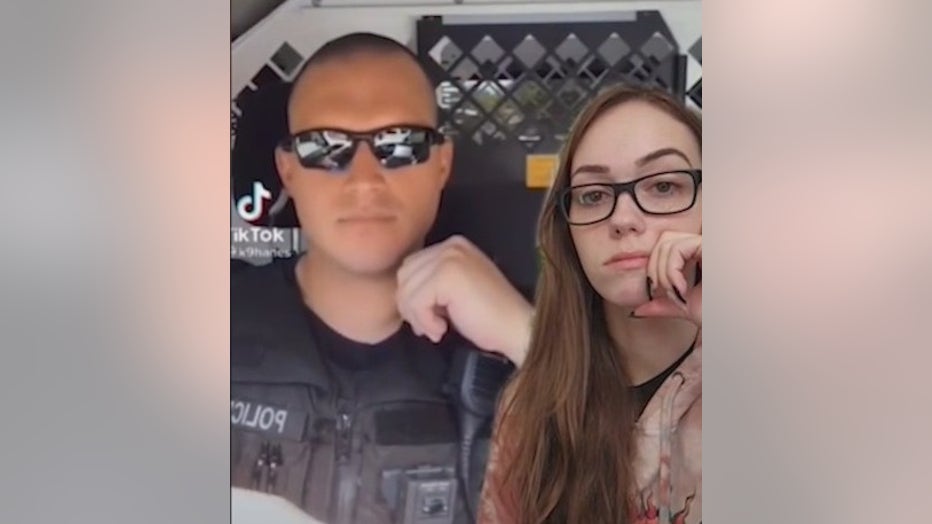 Not long after Danesh posted his call-out TikTok, the original Officer Moore posted was deleted, along with all of his social media accounts.

Danesh said the instances of pregnant women being mistreated or ignored while in police custody are no laughing matter. He mentioned one case in Kentucky in which a woman was awarded a $200,000 settlement after she was left alone while in labor behind bars. Her lawyer alleges she was forced to chew through her own umbilical cord.

In another recent incident, another woman miscarried her child after a violent arrest in Memphis, Tn., FOX13 News reported.

Other women reacted to Officer Moore’s video with similar stories.

"My trauma is for life," said Jessica Kent, a prison reform advocate.

She remained locked up and alone as she gave birth nine years ago.

"The fact that this officer thinks it’s funny to like make a joke about a pregnant woman going into labor in the back of his car, what were you gonna do?"

"The department did become aware of this social media video, and immediately conducted a review of the incident. The officer made the video while he was off-duty and on his personal social media account. There is no requirement for the officer to seek supervisor approval prior to making a personal social media post. There was nothing in his original post that identified the Snellville Police Department or the City of Snellville. The officer had no intent to offend anyone, and removed the video once he realized that his attempt at humor was taken in a way not intended. The officer has always properly rendered aid to those in need, and we completely trust that he will continue to protect our community."

While Moore may not be identifiable as a Snellville officer in the video, Danesh argued that he still abusing his badge and his position.

FOX 5 reached out to Moore directly several times for comment, but Chief Perry said his statement is the only response the department personnel will give.

Before it was deleted, Moore’s video appeared to have about 4 million views.