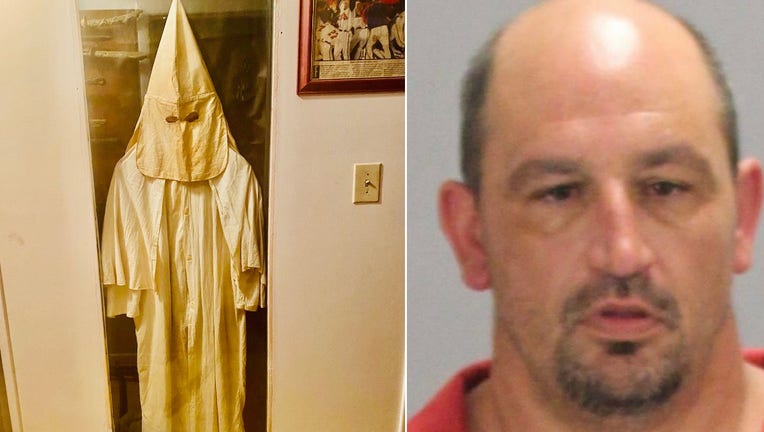 According to Clayton County Sheriff Victor Hill, deputies with the department's COBRA Unit were investigating a suspected meth house in Sanderling Lane.

After surrounding the location, the law enforcement contacted the resident inside, identified as Eric Spencer, who came out and surrendered.

Searching inside the home, deputies say they found around 7 ounces of methamphetamine, a small amount of marijuana, a handgun, scales and baggies, and around $5,000 in "drug money."

But it was what they found down a hallway that deputies say disturbed them. On display on the wall was an original klansman suit enclosed inside a shadowbox. Officials estimated that it was around 60 to 70 years old.

"Longtime neighbors stated they found it a little extreme when on Halloween they would see nooses hanging in the front yard, but they never imagined where the idea probably originated from," Hill said in a statement.

Spencer is now in custody at the Clayton County Jail.