Atlanta's Senate hearing is the first in more than two decades that will take place outside of Washington, D.C.

ATLANTA - Atlanta will be the location of a special Senate Rules Committee hearing on voting rights Monday. Ahead of the hearing, Sens. Amy Klobuchar (D-Min.) and Jeff Merkley (D-Ore.) heard from Georgia voters at a roundtable today with Stacey Abrams.

It’s been more than two decades since a Senate hearing like this, called a "field hearing," has taken place outside of Washington, D.C.

At the roundtable at the Smyrna Community Center, voters said they already had plenty of difficulty voting in the previous election before the new controversial state law. Opponents of it think that it will only make matters worse.

"We were in line for actually a little over seven hours," said Keli Bedford.

Marvin Alexander, who is registered to vote in Cobb County, said he’s seen voters just give up.

"I’ve witnessed people just leave the line because they couldn’t stand there no more," Alexander said.

Abrams said that she thinks the voting system itself has been politicized.

"The process of electing our leaders is not a partisan process," she said. "Our selections may be, but our elections should not be." 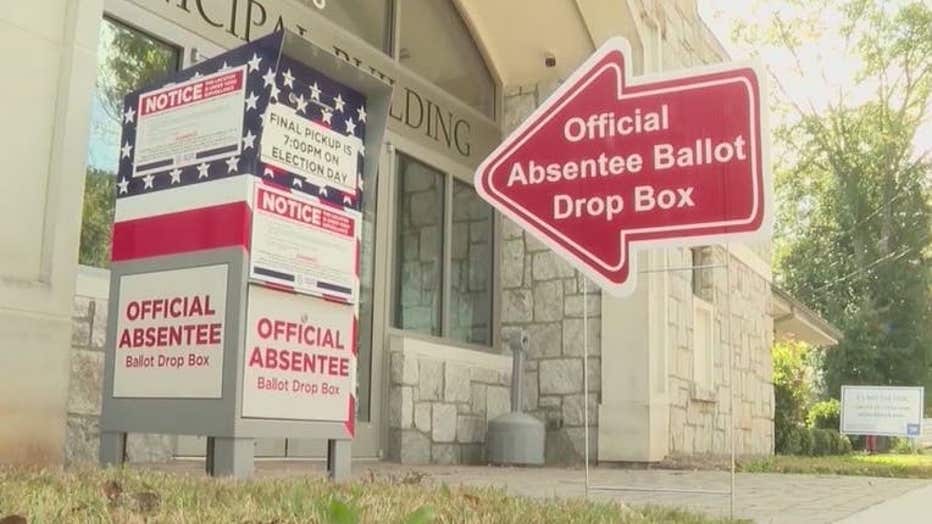 Monday’s hearing at the National Center for Civil and Human Rights in downtown Atlanta comes weeks after the Department of Justice filed a lawsuit against the State of Georgia for certain provisions of the law, which it argues discriminates against Black and Brown citizens.

They say restrictions like handing out water to voters waiting in line are unnecessary and meant to deter turnout.

In a one-on-one with FOX 5, Sen. Klobuchar said that her issues with the bill signed into law by Gov. Brian Kemp go far beyond the issue of giving voters water.

"It’s about the water in line, yeah sure," Klobuchar said. "But it’s also about countless little provisions. The devil is in the details that make it harder for people to vote."

In a statement, Georgia Republican Party chairperson David Shafer said that "Democrats like Stacey Abrams and Amy Klobuchar have orchestrated a campaign of lies" about Georgia’s new election integrity law, adding, "Senate Bill 202 makes it easier to vote and harder to cheat."

Abrams said the true intent of the law was to prevent another sweeping victory for Democrats in Georgia.

Klobuchar said that she came to the Peach state to hear Georgia voters’ stories and bring them back to the Capitol.

"The hearing is to gather the evidence, to bring it back with us, to hear directly from the voters, and to keep this torch lit," Klobuchar said.

Despite Democrats holding a majority in Congress, a new federal voting rights bill has stalled and has a diminishing chance of passing.