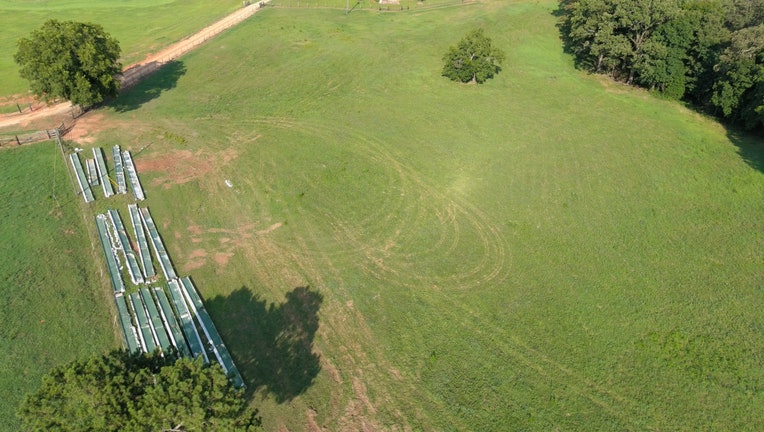 Some of the two dozen used steel beams on Sen. Frank Ginn's property in Madison County. He got them from a contractor rebuilding a state bridge.

DANIELSVILLE, Ga. - A Georgia state senator insists he did nothing wrong when he was given dozens of used steel beams from a bridge project in Madison County.

The donation came from a private company working under a state contract.

Frank Ginn also happens to be chairman of the Senate Transportation Committee.

"I have not acted improperly," he said.

Earlier this summer, Ginn and a friend hauled the beams from a demolition site on Highway 281. E.R. Snell is the contractor for the $4.7 million bridge replacement project. 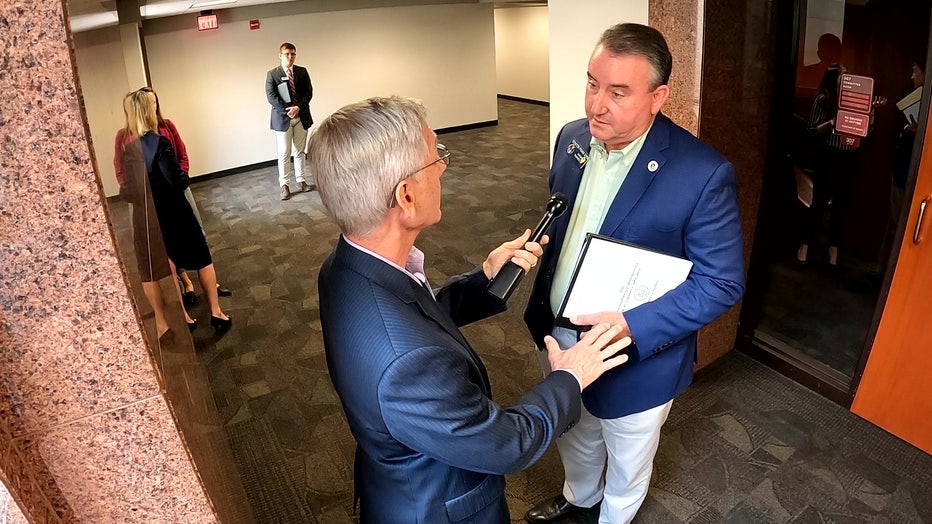 Sen. Frank Ginn (R-Danielsville) doesn't believe he did anything wrong.

"Snell was trying to get rid of them down at the bridge and I told them I got a place I can put them," Ginn explained. "I said I might want to build a building out of them."

The FOX 5 I-Team asked why he got the beams as opposed to someone else.

"I guess I was the first person to ask him," Ginn answered. "I don’t know."

Was it because he’s chairman of the Senate Transportation Committee?

"I would hope not," said Ginn.

No one from E.R. Snell responded to our attempts for information. 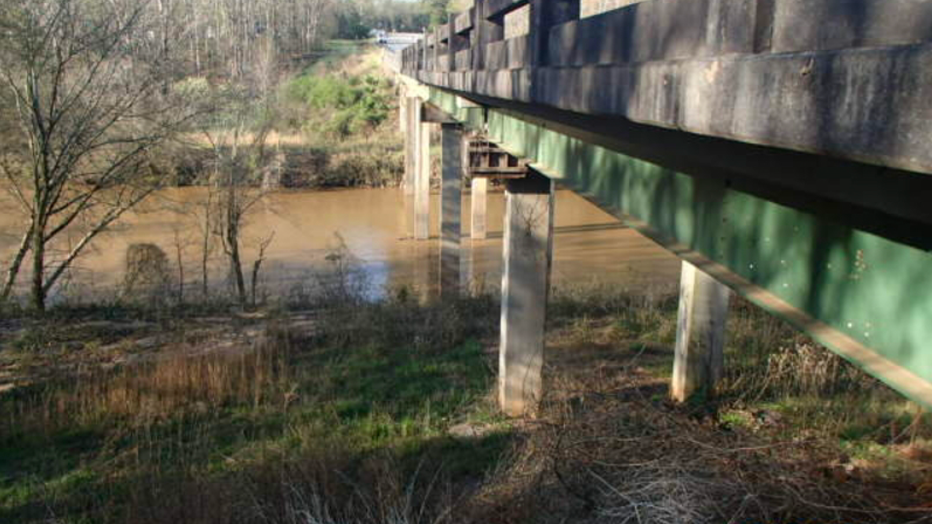 The beams were originally on this bridge in Madison County on Highway 281. Sen. Ginn said he did the contractor a favor by hauling them away.

Ginn said some of the beams still had concrete attached, which he’s in the process of removing.

Local scrapyards told us it’s difficult to determine the total scrap value without seeing the beams, but the estimates start at $31,000 for the lot.

FOX 5 I-Team: "Did you even think about it that it could be a bad thing to do to take something of value from a state contractor?"

Ginn: "You’re saying there’s a big value there. I don’t believe that’s the case. They were trying to get rid of them."

FOX 5 I-Team: "Well, you’re clearly going to use it for something. You don’t have to pay for whatever that steel would be for the project you had in mind, correct? You’re saving some money."

Ginn: "Well, I don’t know. I haven’t built the beams and I haven’t… those beams have a lot of work to do to them to get them to something I can use."

A Georgia state senator insists he did nothing wrong when he was given dozens of used steel beams from a bridge project in Madison County.

What does the Georgia Department of Transpiration have to say? Once the demolition begins, taxpayers no longer own the original bridge. DOT says it’s up to the contractor to decide what happens to the debris. Madison County Chairman Todd Higdon arranged for 50 truck loads of used concrete from a bridge demolition, hoping to control erosion near the jail. But to get the concrete, his staff had to fill out a lot of paperwork.

Madison County hauled 50 truckloads of old concrete from another DOT bridge demo project, breaking it into small pieces to be used for erosion control near the jail.

"We were very thankful that we were able to get this from the state of GA because it saved taxpayers 10s of 1000s of dollars because it was going to have to be fixed," explained Todd Higdon, chairman of the Madison County Commission.

But instead of letting his people haul it away immediately like Senator Ginn did with the steel, the same contractor called DOT. The state had the county fill out pages of paperwork. It included a required cover letter, the route of the transport and where the concrete would be kept.

Higdon said it took his staff most of a day to get everything submitted.

"It was a little bit of a hassle but you know like anything else it was worth every bit of it," said Higdon.

A DOT spokesperson explained because concrete is a waste product, more monitoring is required for where it winds up.

"I would think there’s a flaw in that," said Higdon. "Because the only thing of value was steel beams to me."

But Ginn still thinks he did the right thing. He delivered six of the beams and two concrete sections to Camp Maranatha in Madison County. The concrete came from a bridge project on the Bypass in Athens-Clarke County.

Ginn and a relative designed a new bridge for the campers. 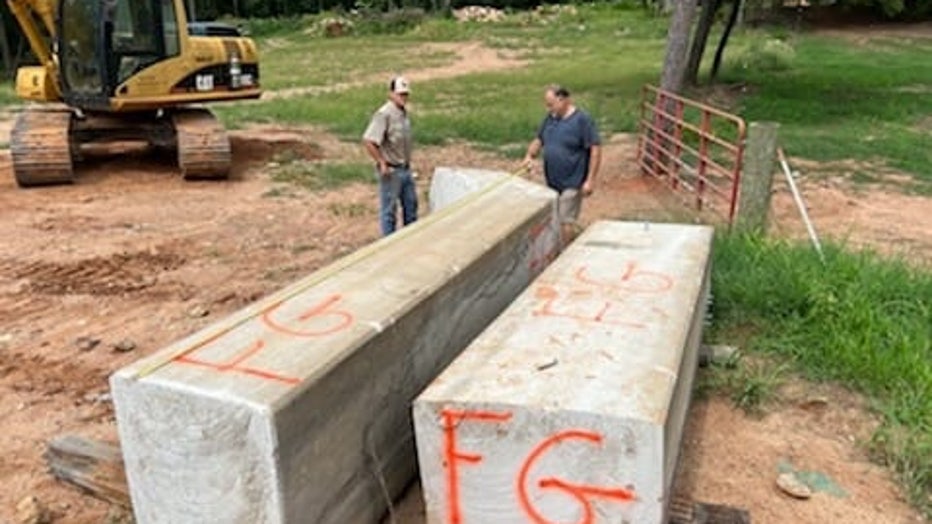 Two of the concrete slugs give by Ginn to a church camp in Madison County. Ginn originally got them from another bridge demolition project. He plans to keep the remainder of the steel beams for his personal use. (photo by Frank Ginn)

Camp owner Wade Dixon said he doesn’t know Ginn personally, but someone else was aware of their need for a bridge and passed it along.

"They asked me about helping them build a bridge between Danielsville and Ila," said Ginn. "So we’re going to use some beams there."

And as for the rest…

"I planned to build a building is what I’m going to do. A farm shop," said Ginn.