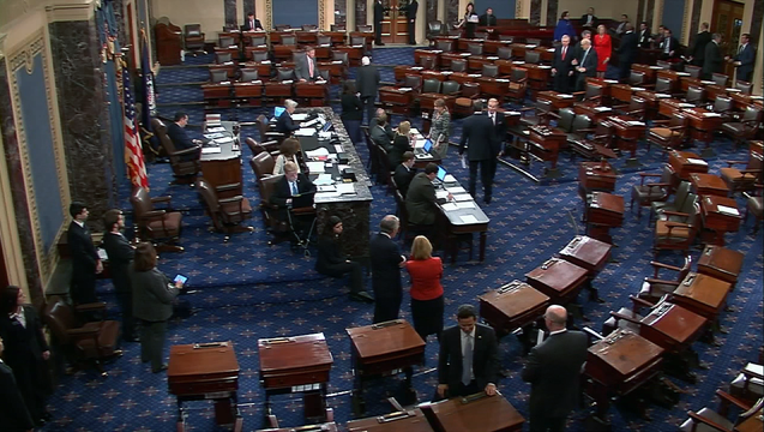 The Republican-run Senate has rejected a GOP proposal to scuttle President Barack Obama's health care law and give Congress two years to devise a replacement.

Seven Republicans joined all Democrats Wednesday in a 45-55 vote defeating the plan. It was the second self-inflicted setback the GOP has suffered this week in trying to roll back Obama's 2010 statute.

Conservatives have embraced the effort to repeal the law without an immediate replacement. GOP moderates have worried it would anger voters nervous that Congress would fail to enact a replacement.

Late Tuesday, nine Republicans joined Democrats in blocking a proposal by Senate Majority Leader Mitch McConnell to dismantle Obama's law. It would have replaced it with eased coverage requirements for insurers, less generous federal health care subsidies and other changes.