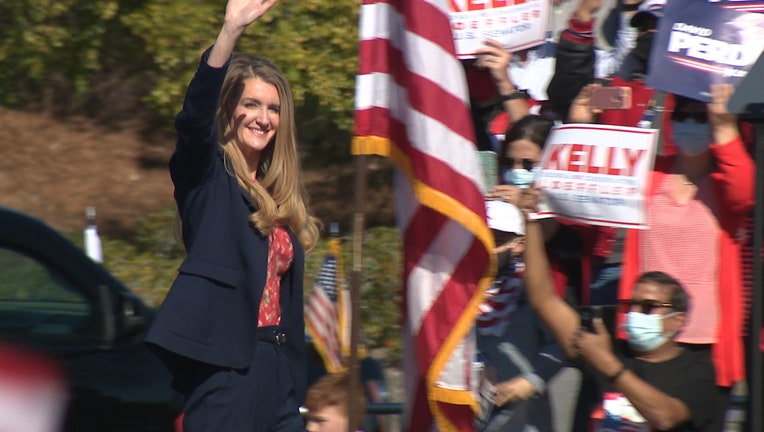 ATLANTA - Sen. Kelly Loeffler's campaign confirmed late Saturday that she is in quarantine after a positive coronavirus test Friday.

According to the campaign, Loeffler took two tests Friday morning ahead of two scheduled rallies in Canton and Gainesville. A rapid test came back negative and Loeffler attended the events with Vice President Mike Pence and Senator David Perdue.

In a statement, the campaign said it wasn't until Friday evening that Loeffler's PCR test results came back as positive for COVID-19.

"Senator Loeffler took two COVID tests on Friday morning. Her rapid test results were negative and she was cleared to attend Friday’s events. She was informed later in the evening after public events on Friday that her PCR test came back positive, but she was retested Saturday morning after conferring with medical officials and those results came back inconclusive on Saturday evening. Senator Loeffler followed CDC guidelines by notifying those with whom she had sustained direct contact while she awaits further test results," said campaign spokesperson Stephen Lawson in a statement to FOX 5.  "She has no symptoms and she will continue to follow CDC guidelines by quarantining until retesting is conclusive and an update will be provided at that time.”

On Sunday, officials with the campaign said the inconclusive test was retested overnight and came back negative.

Loeffler is continuing to self-isolate out of caution and will be retested to confirm a second consecutive negative test result.

Loeffler and Perdue are scheduled to participate in a rally with Sen. Joni Ernst, R- Iowa, on Monday in Griffin.