A candid conversation with the star point guard.

Bird posted a photo on Instagram of Rapinoe, slipping a ring onto her finger.

The Seattle Storm tweeted its congratulations to the couple.

Bird just led the Seattle Storm to a third WNBA Championship this year. She also has four Olympic gold medals.

Rapinoe, of the OL Reign, has an Olympic gold medal and two Women's World Cup titles. 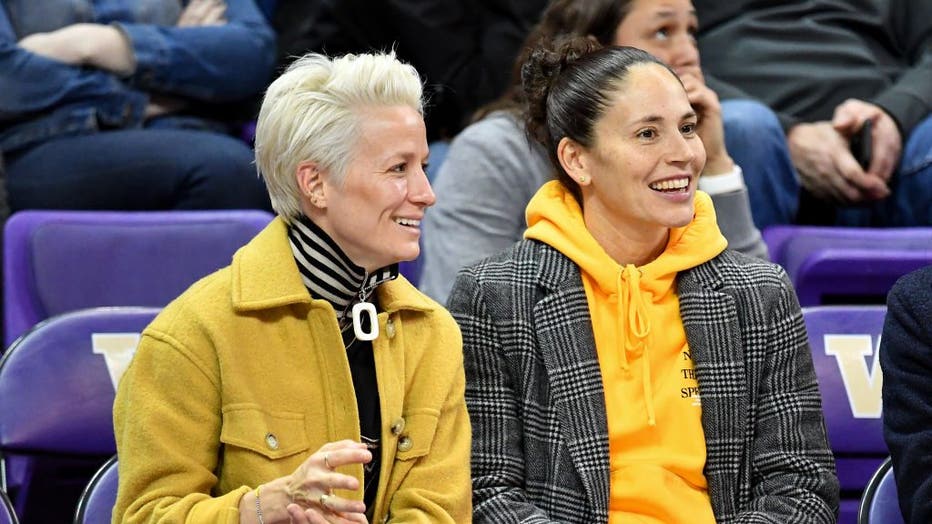 Bird and Rapinoe were the first openly gay couple to be on the cover of ESPN The Magazine's Body Issue.

Commentary: Put Sue Bird on the Mount Rushmore of Seattle Sports, then figure out the rest