Russia's invasion of Ukraine has continued to intensify, with new explosions being heard in the capital of Kyiv in the last few moments. Officials fear the city could fall within days as the casualty count continues to rise.

A Ukrainian soldier on the ill-fated Snake Island was live-streaming as Russian warships opened fire and wiped out the 13 soldiers stationed there.

A Russian warship issued a warning to the Ukrainian border guards at Zmiinyi Island – also known as Snake Island – only to be told by one of the guards "Russian Warship, go f--- yourself."

One of the soldiers was live-streaming at the time, capturing the sounds and chaos of the opening salvo.

Social media identified the soldier as a 23-year-old among the troops. All 13 soldiers died "without surrender," Ukrainian President Volodymyr Zelenskyy said during an update on Thursday night.

A copy of the audio was posted on the website of Ukrainian news outlet Ukrayinska Pravda, and a Ukrainian official confirmed the authenticity to The Washington Post.

Zelenskyy hailed the 13 soldiers and said they would all receive the honor "Hero of Ukraine."

Snake Island sits around 30 miles off the coast of Ukraine and is less than .1 square mile in area, according to Axios. Despite its remote location and miniscule size, the island helped to connect a shipping corridor to multiple Ukrainian cities. 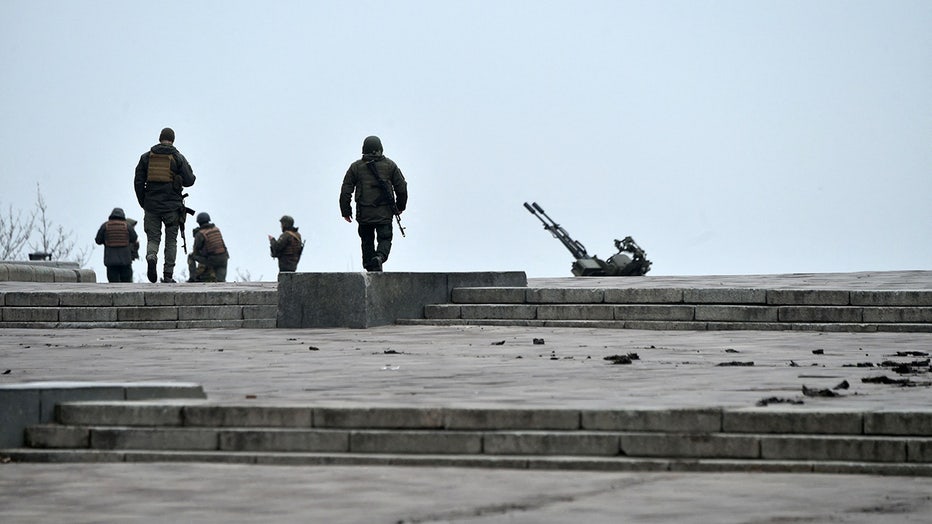 Ukrainian servicemen take up positions in the centre of the Ukrainian capital Kyiv on February 25, 2022. - Ukraine's army said on February 25 it was fighting invading Russian forces north of the capital Kyiv, as Moscow pressed on with its advance on

The Soviet Union handed over control of the island to Ukraine after the union’s dissolution in 1991.

LINK: Get updates on this story from FOXnews.com