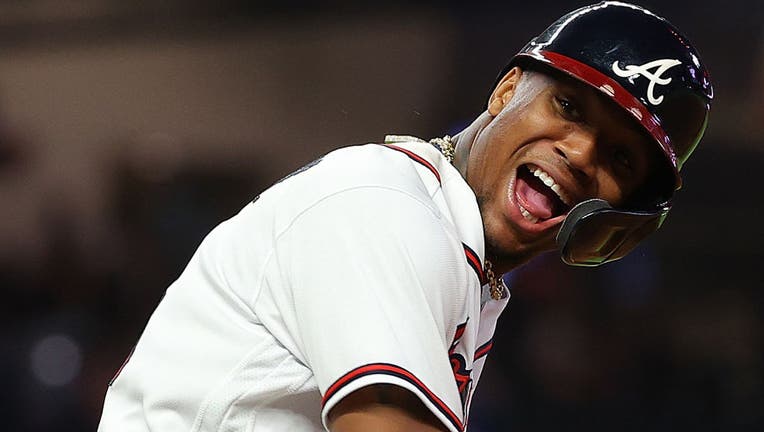 Ronald Acuna Jr. reacts after hitting a walk-off homer in the ninth inning against the New York Mets at Truist Park on May 19, 2021. (Photo by Kevin C. Cox/Getty Images)

ATLANTA - Ronald Acuña Jr. is officially back with the Atlanta Braves for the first time after his 2021 torn ACL injury.

"The Braves today returned OF Ronald Acuña Jr. from his rehabilitation assignment and reinstated him from the 10-day injured list," the Braves announced on Twitter Thursday morning.

Acuña was carted off the field in tears during an Atlanta victory over the Miami Marlins on June 21. He then underwent an MRI, which was followed by the team's announcement that he would miss the remainder of this season. At the time, he was hitting .283 with 24 homers and a .990 OPS in 82 games. He was left as a spectator for Atlanta’s World Series title run.

Acuña opened this season on the 10-day injured list and had been working out at the club’s spring training facility in North Port, Florida.

After spending time on a rehab assignment with Triple-A team the Gwinnett Stripers, the Braves announced the outfielder will be reinstated Thursday, about a week earlier than his expected date.

To make room on the roster, the Braves have designated outfielder Alex Dickerson for reassignment.