The Tastee Spoon restaurant is using a robotic server in an effort to maintain a safe distance between customers and workers during the omicron variant surge.

DUNWOODY, Ga. - A restaurant in Dunwoody has a new team member tasked with keeping diners safe and satisfied.

Owner Raymone Williams explains the name is inspired by a Caribbean term that means "calm" or "cool." Milly is Williams' mother's name.

The robot is programmed to move around the restaurant by using the ceiling as a "map." 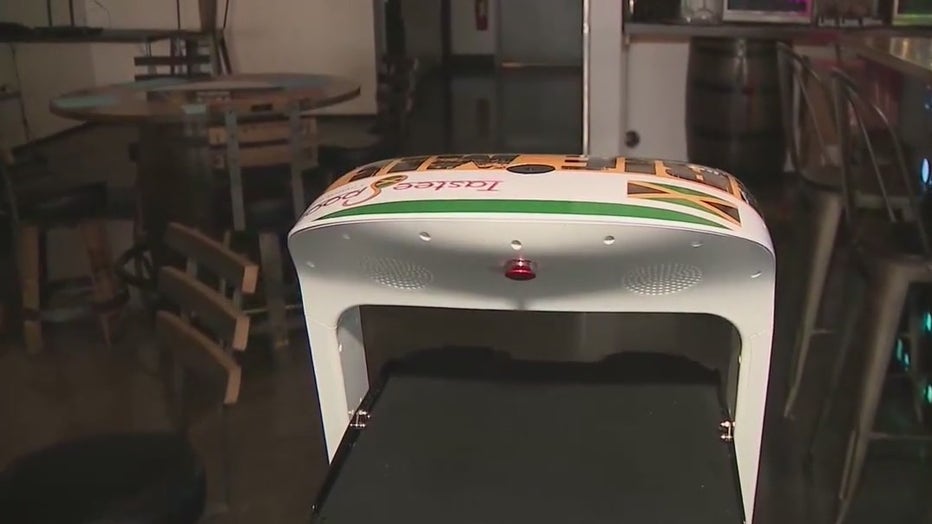 Irie Millie can serve up to 12 plates at a time to customers at Tastee Spoon in Dunwoody.  (FOX 5 Atlanta)

Irie Milly can serve up to 12 plates at a time.

"It's a great addition to our environment here," Williams said in a December Facebook video.