ATLANTA - Residents of The Preserve at Collier Ridge Apartments in northwest Atlanta say trash has been piling up in and around the dumpsters on the property for weeks.

“It wasn’t always like this," said Frederick Fulton, a resident. "It was mostly clean most of the time but right around the time for the holidays is when they just stopped picking up trash. Which absolutely makes no sense because you get more trash during the holidays.”

Fulton and his father, Frank Anavitarte live in an apartment directly in front of one of the overflowing dumpsters. Not only is it unsightly, but Anavitarte also says it is a smelly situation as well.

“The way they do the main here is horrible. They claim the other management, it’s their fault. That’s not our concern. We live here, we like it here but we feel that they neglected the place," Anavitarte sad.

FOX 5 reached out to Franklin Street, the property management group for the complex.

They tell us they recently acquired the property and have been searching for a new trash company. The property management company says they recently found a new company and trash will start to be picked up again next week. 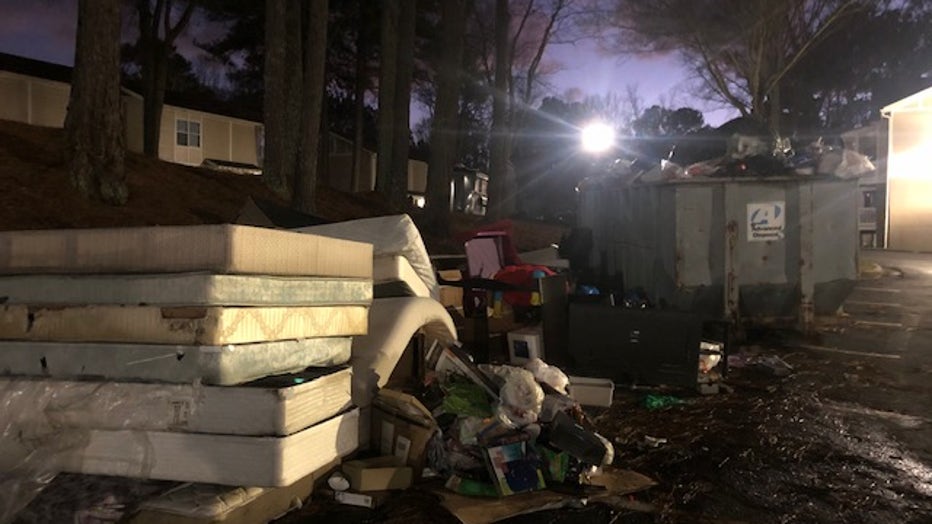 Resident at the apartment complex say they've been frustrated with the lack of communication.

Residents say they've been frustrated with the lack of communication.

“If they would have left of note saying trash is not being picked up for such and such reason, then it would be more understandable but to just tell us nothing and have to look and this and smell this every day is ridiculous," Fulton said.

The full statement from Franklin Street Management can be read below:

"In recognition of Trash accumulation at The Preserve at Collier, Franklin Street Management has recently acquired the responsibility of managing the property. During this transition we have reached out to multiple vendors and recently acquired a new vendor who is scheduled to being pick up next week. It is our endeavor that we make this property a clean, safe, and enjoyable environment. Our number one priority is building a relationship with our residents and ensuring that we provide a quality way of life. We ask that our residents be patient with us as we are striving to make new changes, as we want them to be proud to call The Preserve at Collier Ridge home."