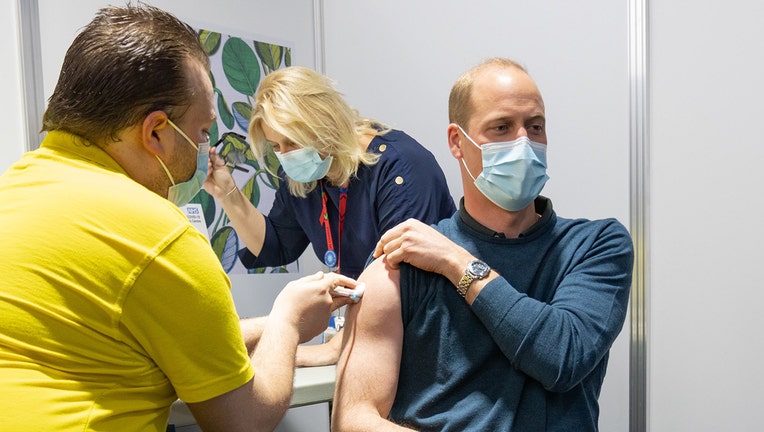 Prince William, the Duke of Cambridge, receives his coronavirus vaccine in London, Tuesday, May 18, 2021. (Courtesy of Kensington Palace via Twitter)

William, 38, received his shot at London's Science Museum, one of the large-scale vaccination centers opened around the country. A photo of the prince receiving his shot was posted on his social media account.

"On Tuesday, I received my first dose of the COVID-19 vaccine,'' he wrote. "To all those working on the vaccine rollout — thank you for everything you've done and continue to do."

Britain last week opened its national vaccination program to anyone over the age of 34. The program has been gradually expanded to progressively younger age groups since it began in early December.

Other members of the royal family, including Queen Elizabeth II and Prince Charles, have also received their shots publicly to promote vaccine take-up.

More than 70% of Britain's adults have received at least one dose of COVID-19 vaccine.