The storm pulled down trees and power lines, caused widespread flooding, and damaged homes across the county.

On Old Grassdale Road, multiple homes were completely ransacked by the storms with pieces of walls, roofs, and building materials thrown across the entire street.

Crews are now on the scene working to make the roads more passible. 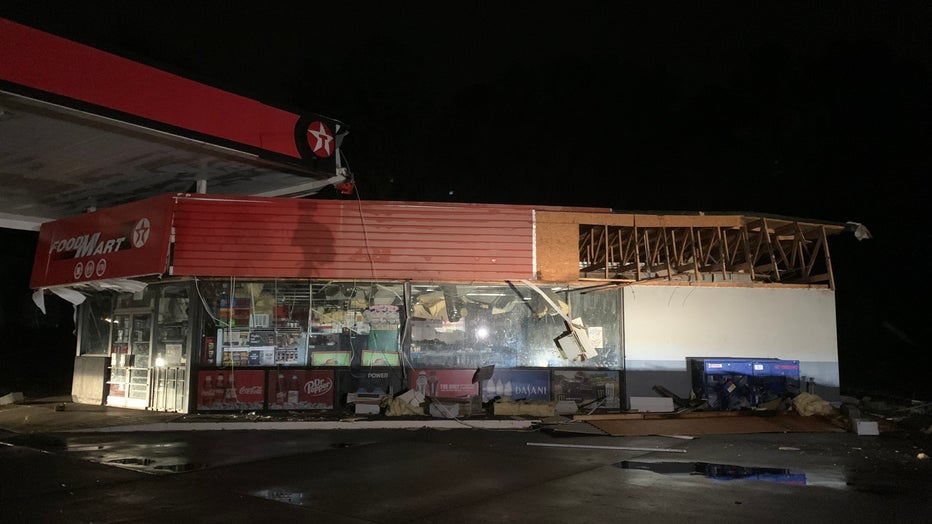 Due to power outages, flooding, and debris on the roads, Bartow County Schools are canceling all classes for students and staff for Friday. That includes after-school actvities.

Bartow County resident John Philips told FOX 5's Emilie Ikeda his wife was injured after being trapped on their porch when a massive tree fell on their home.

According to Philips, his wife was trying to go out and bring one of their roosters inside when twhen the tree fell, leaving a mangled mess.

"I heard a big rumble and then I heard my wife screaming, and that's when I jumped up, came in here, and saw this," he said, gesturing to the damage.

Philips said his wife was taken to a nearby hospital with leg injuries but is now recovering with family.

Officials say two other people were injured in the county during the storms. Their conditions are unknown at this time. 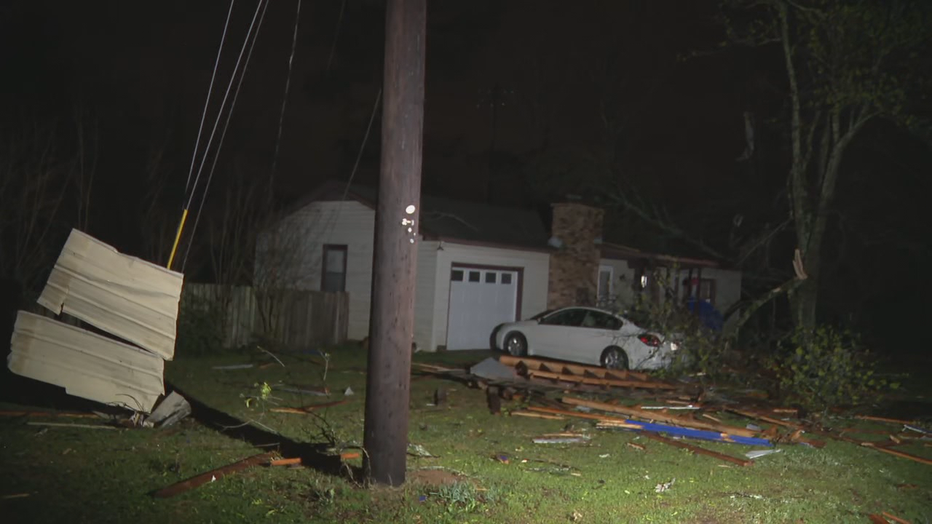 The storm was part of an early spring "super cell" storm system that tore across the Deep South and moved into Georgia late Thursday night. At least five people have been reported to have died in connection with the weather event.