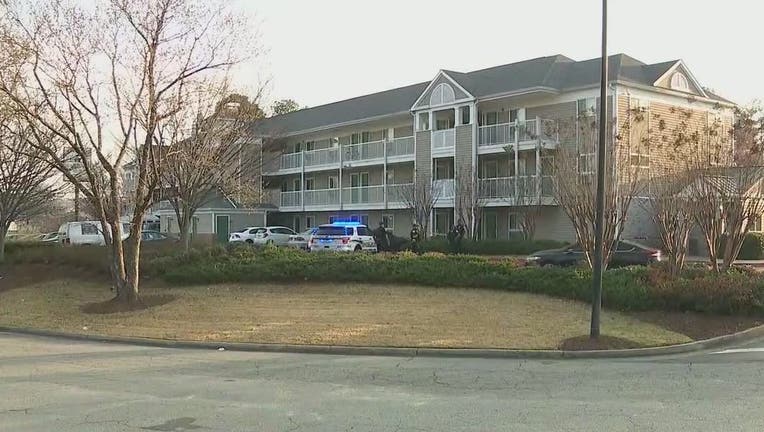 Police investigate a shooting at a motel on Peachtree Industrial Court in Chamblee on March 12, 2021. (FOX 5)

CHAMBLEE, Ga. - Police in Chamblee are searching for the gunman who opened fire at a motel injuring one person.

It happened at the HomeTowne Studios located at 2050 Peachtree Industrial Court around 7 a.m.

Investigators said one person was shot in the leg and hand. They were taken to an area hospital for treatment and are expected to recover.

No motive has been released in the shooting and investigators are trying to piece together exactly where the shooting happened.

"Right now, we're trying to determine that. It looks like it either took place in a room or in the breezeway," a Chamblee Police Department at the scene told FOX 5 News. 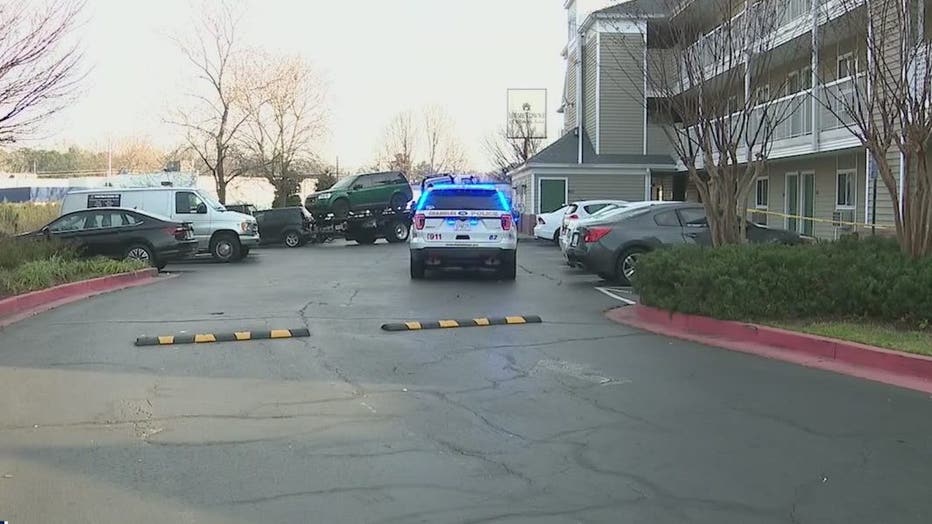 Police investigate a shooting at a motel on Peachtree Industrial Court in Chamblee on March 12, 2021. (FOX 5)

A good description of the suspect has not been released. Investigators are hoping surveillance video may help.

Anyone with information is asked to call the Chamblee Police Department.