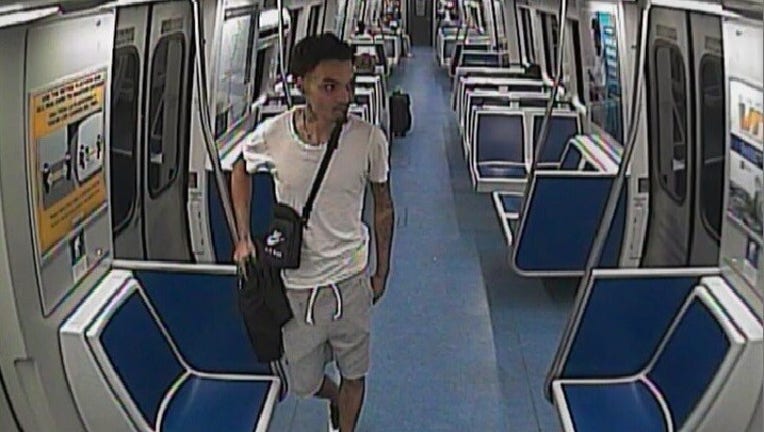 The Brookhaven and Decatur Police Departments shared photos taken on a MARTA train of a man suspected of two robberies that happened in June.

The first robbery happened on the afternoon of June 8 at a T-Mobile store on the 400 block of Decatur's Church Street.

Three days later, police say he robbed a Wing Stop restaurant in the 4,000 block of Peachtree Road in Brookhaven.

In both robberies, officers say the man brandished a silver handgun and demanded cash from the register.

The suspect is described as a Black or Hispanic man with a slim build and tattoos on his neck and arms. He may use MARTA often.

If you have any information that can help police, please contact Brookhaven or Decatur Police or Crime Stoppers Greater Atlanta by calling 404-577-TIPS.