CARTERSVILLE, Ga - Police say a man broke into a store, but once inside he couldn't get out, so he called 911.

Suspect calls 911 on self after becoming stuck during thief

Cartersville Police say 911 got a call from a man saying he was trapped and needed help but he wasn't sure where he was.  Investigators pinged the phone and it led them to Salgado Tires on North Tennessee Street.

Police responded and found 30-year-old Nathaniel King on the floor underneath some tires.  He was trapped.  Police managed to free him.

A friend of the owner of Salgado Tires says King didn't appear to be hurt, but he was extremely upset.

"The guy was crying, he was sitting there saying 'my wife is waiting for me, I want to go home'," said the friend.

King initially told police some people were chasing him and he ran into the store to hide, but police weren't buying it. King was arrested. 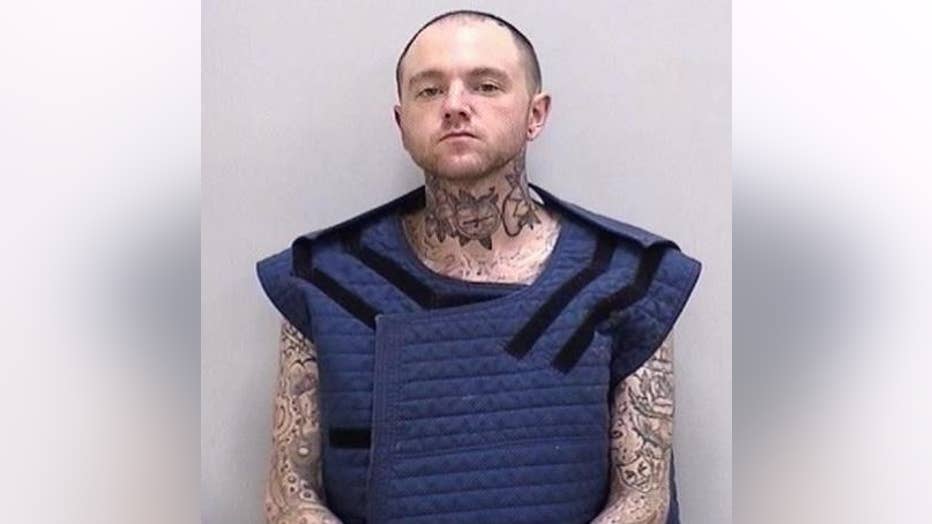 "He breaks into a store he needs to pay for it, that's the way I think. There's a lot of things he could steal in there," said the friend.

King is charged with criminal trespass/damage to property. As of Wednesday night, he was still in the Bartow County Jail.