Police drew weapons and cuffed the woman. She said the experience was traumatizing for her family.

COBB COUNTY, Ga. - A woman who says she was placed in handcuffs at a busy gas station for a crime she never committed by Cobb County Police wants answers.

Cellphone video captured the frantic moments a daughter tried to help her mother in handcuffs.

"I was using the restroom and I walked out, and she had guns pointed at her," Leah Carter said.

It was supposed to be a normal day for Deondra Hawkins and her kids after running errands and doing laundry, but things took a turn when the family stopped at the Racetrac on Windy Hill Road to use the restroom.

"Five minutes later the police pulled up with their guns out and told me to get out of the car," Hawkins said.

That’s when the chaos unfolded.

Video taken by a UPS driver shows the mother in handcuffs and then shows her teenage daughter being pulled away by police.

"I panicked because it was traumatizing. My son who is Autistic was there," Hawkins said.

The question is why?

Hawkins claims Cobb Police mistook the mother of three for a suspected armed robber and never said why she was being handcuffed and detained until afterwards, when police eventually released her at the scene. 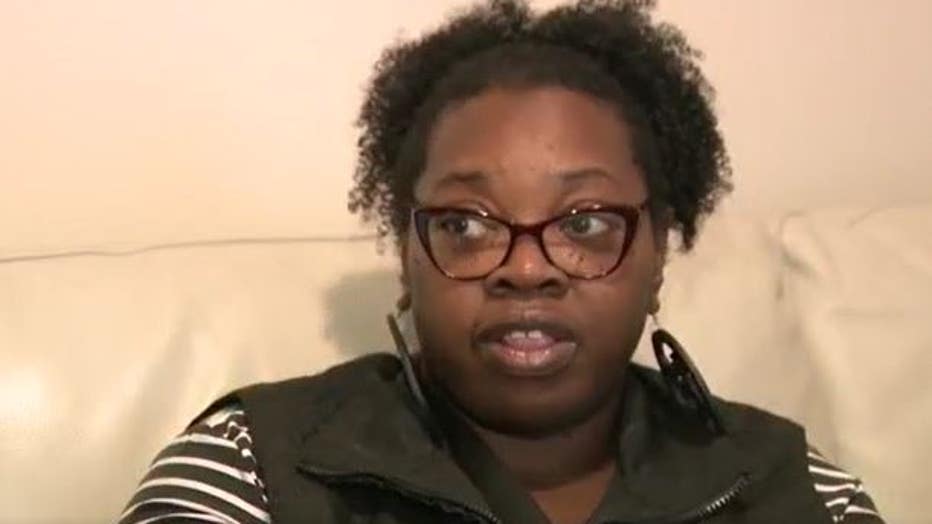 Deondra Hawkins says she was placed in handcuffs after police mistook her for an armed robbery suspect.

The Cobb County Police Department confirmed the incident and apologized stating they believed the car was the same make and model of one involved in an armed robbery. Police officials confirmed Hawkins and her family were not the suspects and unfortunately were in the wrong place at the wrong time.

"The suspect they were looking for was tall and slim and that didn’t fit any of us," Hawkins said.  "They separated us and made us sit in cop cars. My son was on the ground, and they didn’t tell us anything until the end."

"We think they need training. Sensitivity training. We can’t understand why the officer would be trying to separate two minor children from their mother. No matter what," Bumpus said.

"I don’t want to see my mom have guns pointed at her and especially my brother," Leah Carter said.

As for the family, they say they are sore from the way they were handled, but it’s the emotional toll that will scar them forever.

"It’s embarrassing because I don’t do anything but take care of my kids," Hawkins said.