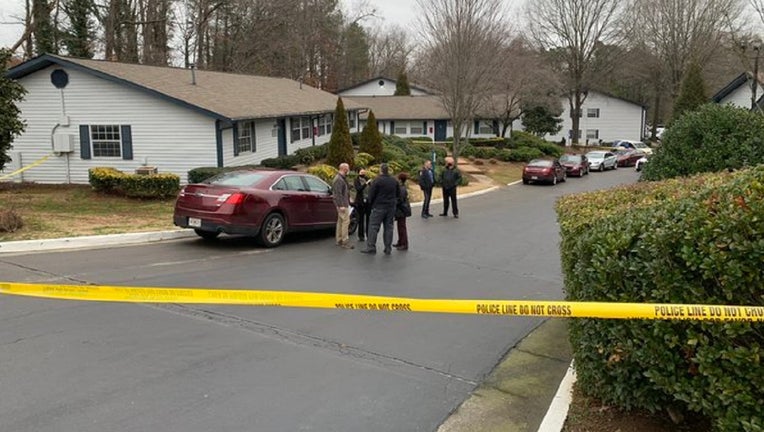 Police are investigating a deadly shooting at the entrance to an apartment complex off of Hunters Ridge Lane in Peachtree Corners on Feb. 14, 2021. (FOX 5)

ATLANTA - Homicide detectives in Gwinnett County are investigating a deadly shooting at the entrance to a Peachtree Corners apartment complex on Sunday morning.

Officers were called out to an apartment complex at 1700 hunters Ridge Lane in Peachtree Corners around 11:30 a.m. Sunday. Gwinnett County police said officers found a man suffering from an apparent gunshot wound at the entrance to the apartment complex.

The man was rushed to an area hospital where they were pronounced dead.

Police said a nearby resident reported a bullet had penetrated their apartment, but no one inside was injured.

Details surrounding the shooting or information on a possible shooter have not been released.

The name of the victim has not been released. It was not immediately clear if the victim lives in the complex or was visiting.

Investigators spent the afternoon canvassing the complex for witnesses and collecting evidence at the scene.