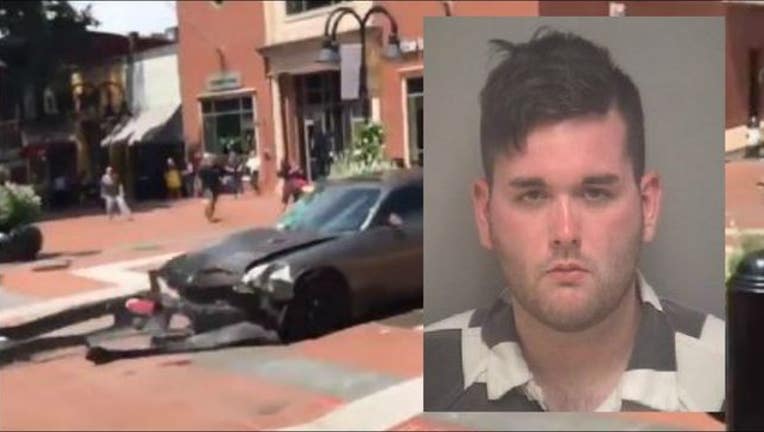 CHARLOTTESVILLE, Va. (AP) - Authorities say a 20-year-old Ohio man accused of driving a car into a group of counter-protesters at a white nationalist rally has been charged with second-degree murder and other counts.

The Charlottesville Police Department said in a statement Saturday night that James Alex Fields Jr. of Ohio also faces three counts of malicious wounding, and one count related to leaving the scene.

Col. Martin Kumer, superintendent of the Albemarle-Charlottesville Regional Jail, said Fields was in custody there Saturday night. Kumer says he doesn't believe Fields has obtained an attorney yet.

He says a bond hearing is scheduled for Monday.