ALPHARETTA, Ga. - Alpharetta police have arrested a man accused of pointing a gun at two women because he was scared of catching the coronavirus. 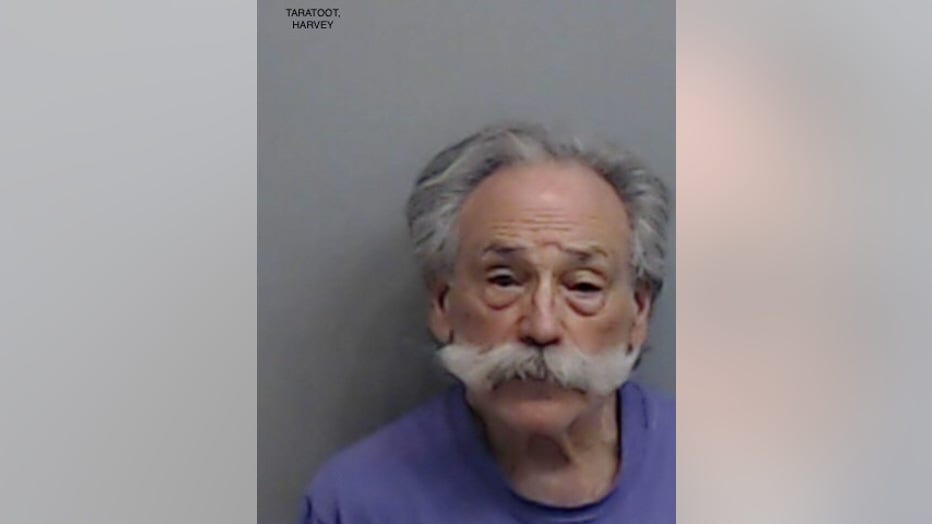 Officials tell FOX 5 they were called to the post office on Webb Bridge Road after reports of a person pulling a gun.

When they got to the scene, officers found the two women at the scene. The suspect had already fled.

The victims told police they entered the post office wearing medical masks and gloves when they met the man, who immediately pulled out a gun and told them to get back.

Alpharetta police used the man's license plate to meet the suspect in his driveway, where he peacefully surrendered. Officials say the suspect, identified Harvey Joel Taratoot, had a holstered firearm when he was arrested.

During questioning, Taratoot said he pointed the gun at the victims "in fear of catching the coronavirus," police said.

"Folks, this was such an overreaction on the part of the suspect," a spokesperson for the Alpharetta Police Department said on Facebook. "Please do not allow fear to overcome your logic while we’re going through this. This could have certainly ended with tragic results for everyone involved."

Taratoot was charged with pointing a pistol at another.