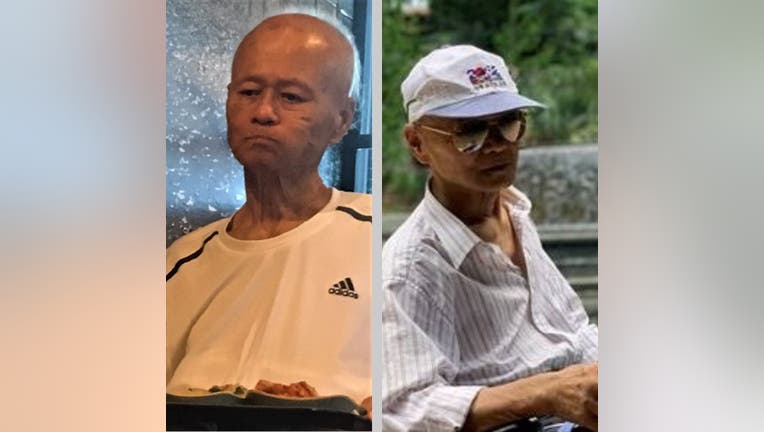 DEKALB COUNTY, Ga. - Police in DeKalb County said new developments in the case of a missing 78-year-old man has investigators and family even more concerned. Police have named a person of interest in the case on Friday.

“Hang in there because we are coming to find you. Don’t give up,” Grace Kwon said.

Grace and Katherine Kwon are not giving up hope in finding their father Daniel Kwon.

Man missing for a year

DeKalb County police intensify their season for a man missing since 2019.

Daniel Kwon has been missing since Sept. 3, 2019. Kwon, a Korean immigrant and paraplegic, requires the use of a wheelchair and needs medication every day, investigators said.

During a press conference of Friday afternoon, investigators revealed Kwon’s belongings were found in Gwinnett County and foul play is now suspected.

“Any information can help. No tip is too small,” Grace Kwon said.

Family members are renewing their push to find the elderly DeKalb County man who hasn't been seen since last year.

Police named a person of interest investigators would like to speak with in connection to his disappearance.

Kwon’s two adult daughters also spoke during that press conference pleading for answers. They said the last person seen with his wheelchair and handicap vehicle was a woman they caught trying to leave with his belongings. They said they found the man's motorized wheelchair at one of the woman's residences in Lawrenceville. They also said a large amount of his money is missing.

“He can not escape if kidnapped because he doesn’t have his customized wheelchair in which he’s dependent upon,” Grace Kwon said.

“Help us find our father and bring him home,” Katherine Kwon said.

These daughters said they are offering a reward for anyone with information that leads to finding their father.

“We are waiting painfully for him to be returned back to us safely,” Grace Kwon said.

Police described Kwon as being 5-feet-3-inches tall, weighing around 130 pounds.

Anyone with information on Kwon's whereabouts should contact the DeKalb County Police Department's Special Victims Unit at 770-724-7710.