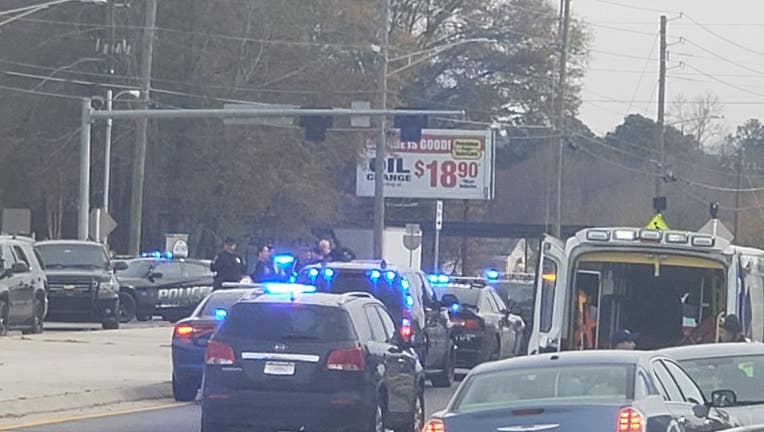 DEKALB COUNTY, Ga. - A man was taken to the hospital in connection to a police chase that ended in DeKalb County Tuesday afternoon, officials said.

Police investigating after a chase ends in a crash

According to DeKalb County Police, their officers assisted Georgia State Patrol with a chase that started in Clayton County on Frontage road and ended when the suspect car crashed near the 3800 block of Flat Shoals Road. The Clayton county sheriff's department asked GSP for assistance in making an arrest.  Police would not reveal the nature of the arrest.

Investigators told FOX 5  one of the suspects jumped from the moving car on I-285 eastbound and was taken to the hospital with life-threatening injuries. At the time, the car was going at over 100 mph. The individual is still in serious condition.

Police were still searching for potential suspects. FOX 5 camera caught one person being taken away from the area in handcuffs.

According to GDOT, two right lanes on I-285 at I-675 in DeKalb County were affected.