On Tuesday, two patrol cars belonging to Gwinnett County police officers were targeted with Molotov cocktails. It happened between 10 p.m. and midnight at the officers' homes in Duluth and Lawrenceville.

In Duluth, someone set fire to the officer's patrol car, which was parked outside the officer's home. Witnesses told police they saw three black suspects running from the vehicle.

In Lawrenceville, a fire was started on the ground behind the patrol car. There were also two dents on the driver's side of the vehicle.

According to police, witnesses reported seeing a dark-colored passenger car fleeing the area after the Lawrenceville fire was started.

Police have since identified and arrested three suspects in connection with the case.

Alvin Joseph, 21, Lakaila Mack, 20, and Ebuka Chike-Morah, 21, are all facing a number of charges. Some of those charges include arson, criminal trespass, interference with government property, and several others. 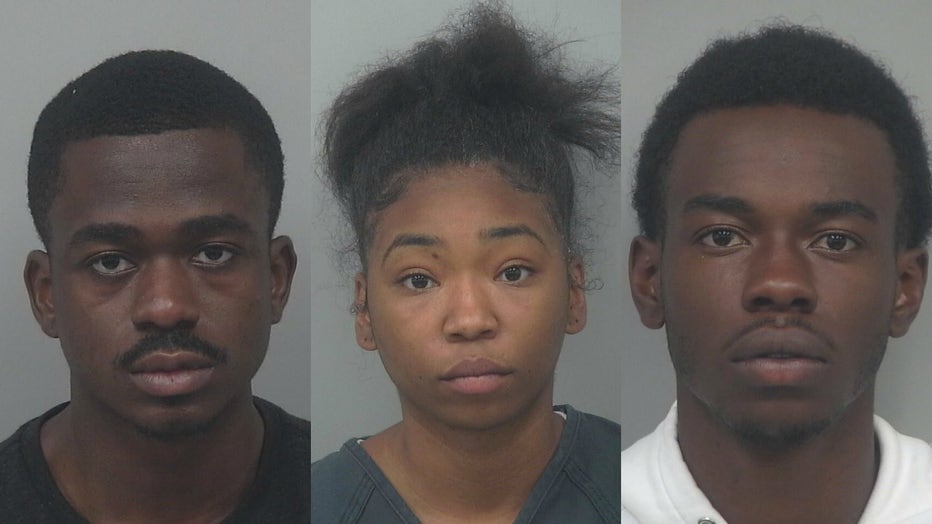 The suspects are being held without bond at the Gwinnett County Jail.

In an unrelated case, a third officer found his patrol car windshield, and the driver's side window smashed early Wednesday morning outside his home in unincorporated Lawrenceville. Investigators said it appeared someone had thrown a brick at the vehicle.

No suspects have been identified in that case. Anyone with information is asked to call Crime Stoppers Atlanta at 404-577-8477.