ATLANTA - Police have arrested a driver after two people were killed in a hit and run on the Downtown Connector early Monday morning.

The deadly incident happened on Interstate 75/85 northbound near Edgewood Avenue. According to police, the 911 call came in shortly before 5 a.m. 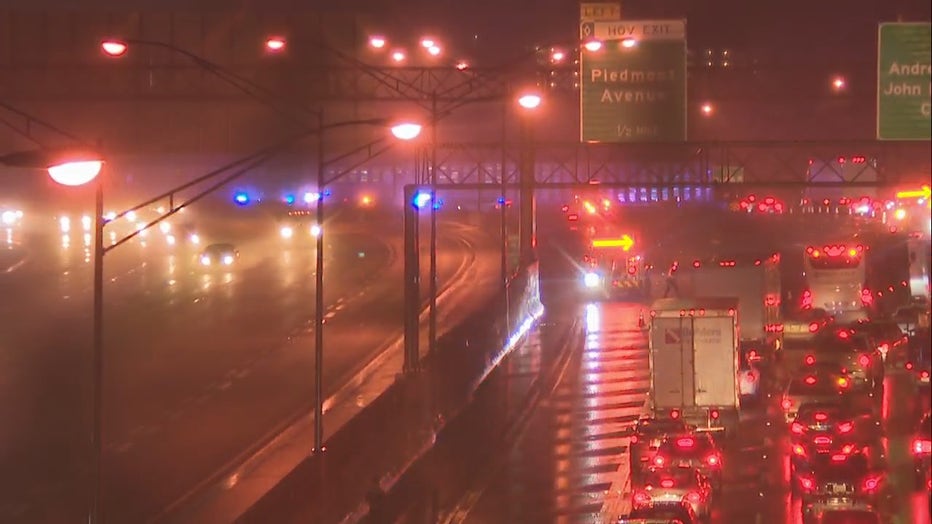 According to police, the two victims had been involved in a single-car accident in the center of the highway. When they stepped outside their vehicle to check on the damage, a Ford Explorer struck and killed them, investigators said.

Police said the Explorer that hit the two victims left the scene.

Later Monday morning, police say they located the suspect vehicle near I-85 and Piedmont Avenue.

Officers arrested the driver, identified as 25-year-old Jose M. Garcia-Trujillo, and charged him with homicide by vehicle and hit and run.