Police are investigating after they said a driver ran over and killed two people on purpose.

GWINNETT COUNTY, Ga. - Two people are dead and a third man is injured after Gwinnett County police said a pick-up truck driver ran over the pedestrians.

Investigators believe the driver, identified as 40-year-old Jose Basulto, acted intentionally, stemming from an altercation at Corona Billiards on the 5200 block of Jimmy Carter Boulevard and spilling into the parking lot. 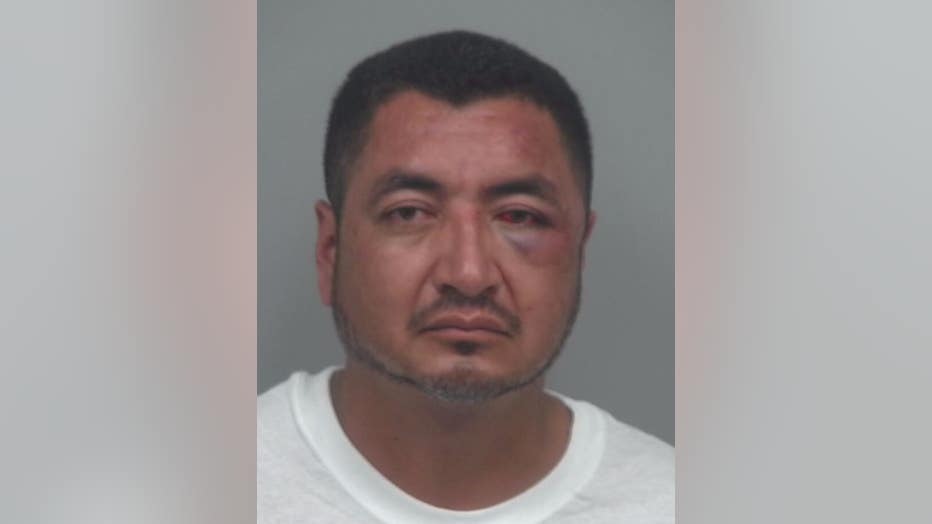 "There was some sort of dispute inside the bar; after the pedestrians eventually left the bar, that’s when they were struck in the parking lot by the driver of a pick-up truck," said Cpl. Michele Pihera, Gwinnett County police.

Basulto sped off around 2 a.m. with a team of witnesses on his tail.

"He was followed around the corner by additional witnesses and eventually flagged down by an off-duty officer who was working a part-time job," Pihera described.

The officer pulled over the driver, who was hauling what appeared to be a load of cinderblocks. He was taken into custody near South Norcross Tucker Road and Graves Road -- less than a mile from the scene. He was taken to the Gwinnett County Jail.

Police believe Basulto and victims did not know each other before the disagreement at the bar.

The shopping center's entire parking lot remained taped off for hours, as both the Homicide Unit and Accident Investigation Unit sifted through evidence. FOX 5's Emilie Ikeda spotted a trail of shoes, hats and belongings throughout the parking lot.

On Wednesday, officials identified the victims as 37-year-old Regul Rodriguez-Hernandez and 41-year-old Jose Lopez-Diaz. Ramon Gasper-Carmona, 56, was treated at a local hospital.

Basulto remains in the Gwinnett County Jail after being charged with two counts of felony murder and three counts of aggravated assault.