EATONTON, Ga. - Witnesses saw a burning airplane trailing black smoke and spinning as it plummeted to the ground in Georgia, killing all 5 people on board, federal investigators said in a newly released preliminary report.

One of the two pilots on board had told air traffic controllers that he was turning to the right to avoid weather on June 5, the National Transportation Safety Board said. No distress calls were made by pilot, the report states.

The dead included four members of a Florida family who were traveling to a funeral in Indiana. The Federal Aviation Administration said the Piper PA31-T was flying from Williston, Florida, to New Castle, Indiana. 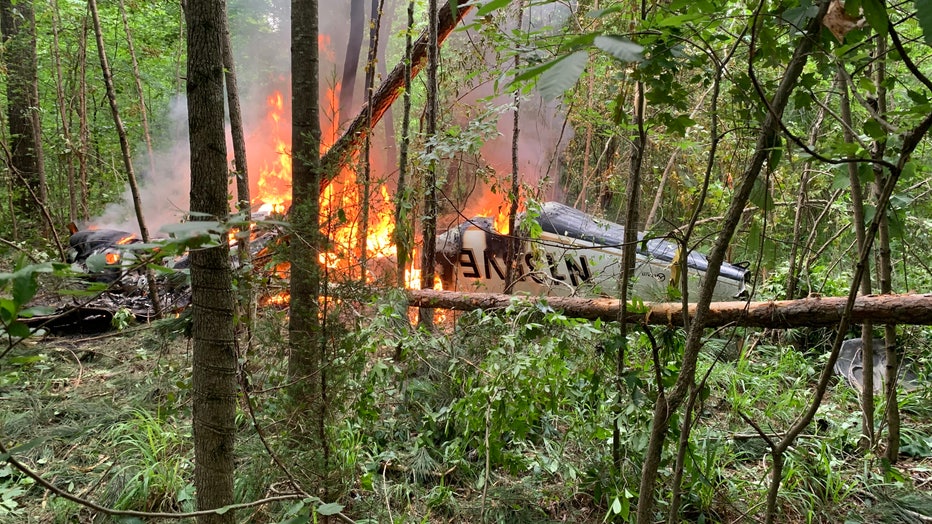 A pilot and Florida family of four headed to a funeral in Indiana were killed in a plane crash near Eatonton, Georgia on June 5, 2020. (Putnam County Sheriff's Office)

Tracy Carter of Milledgeville, Georgia, told media outlets that he saw the plane circling the area and catch fire. Parts of the plane flew off and landed in a field about 100 miles (160 kilometers) southeast of Atlanta.

The cause of the crash remains under investigation.