Some customers pulling their support from Support Black Colleges venture

An upstart Atlanta company sells clothes adorned with the motto Support Black Colleges. The company owners say they take in millions of dollars each year. But hundreds of customers say they’re no longer fans.

ATLANTA - It’s a business idea so simple others probably wonder why they didn’t think of it themselves.

The company owners say they take in millions of dollars each year. But hundreds of customers say they’re no longer fans. 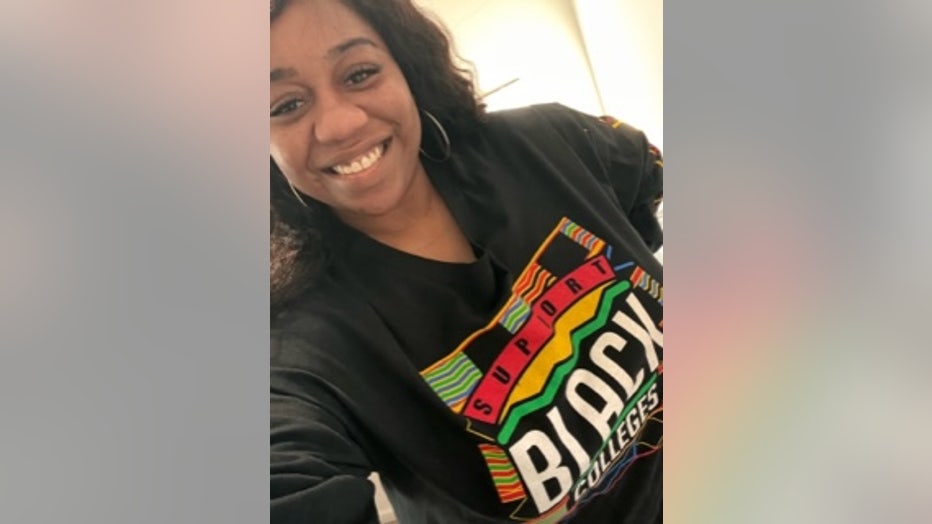 Savannah elementary school counselor Gabrielle Brundidge is one of hundreds of customers angry with the apparel company Support Black Colleges.

In early November 2021, she placed an order with a company she had bought from before: Support Black Colleges.

Fifteen weeks later, she’s received plenty of promises but not the three T-shirts she paid $82.93 to wear.

"They don’t get exposed to a lot of conversation about college," she said. "I thought ‘Oh, that would be a cool shirt to wear to school and get the conversation started with my students.'"

She paid $63.60 the week before Christmas. Her hoodie hasn’t arrived either.

"They knew they were taking money from people," said McLester. "They knew that they were not going to be able to make good on their orders, and they were like, what can the people do about it?"

More than 200 people did something. They complained to the Better Business Bureau. The company now carries an F rating, a grade no college professor could support. 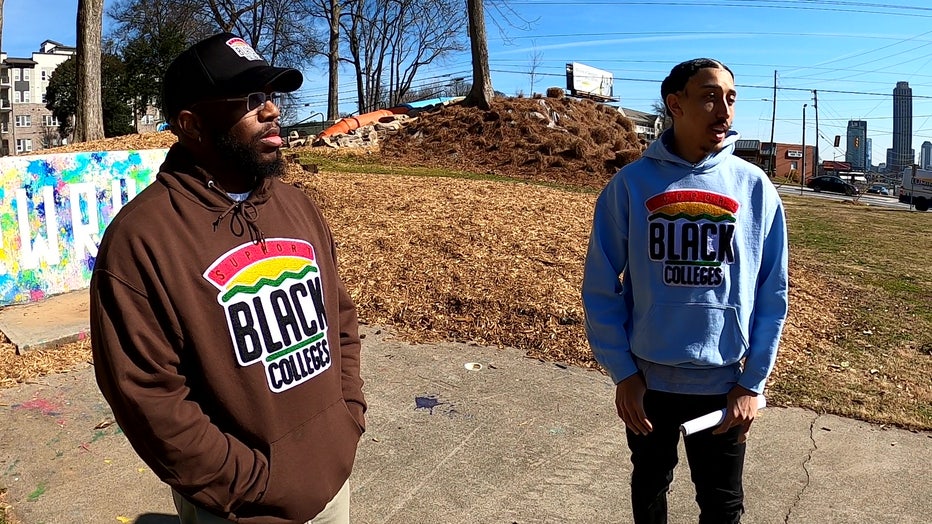 Corey Arvinger (L) and Justin Phillips are the brains behind Support Black Colleges. They have a list of reasons why they've let down customers.

The Support Black Colleges owners estimate around 2000 customers are waiting, some who may have ordered recently. They say they’ve taken 14,721 orders since Nov. 1, 2021.

"We don’t want the customers to feel as if we’re taking advantage of them, and we also understand that we have done certain things wrong," admitted Justin Phillips, 27, who along with 30-year-old Corey Arvinger share ownership in the company.

The idea started when they were students at Howard University.

The site promises a delivery time of 2 to 4 weeks. 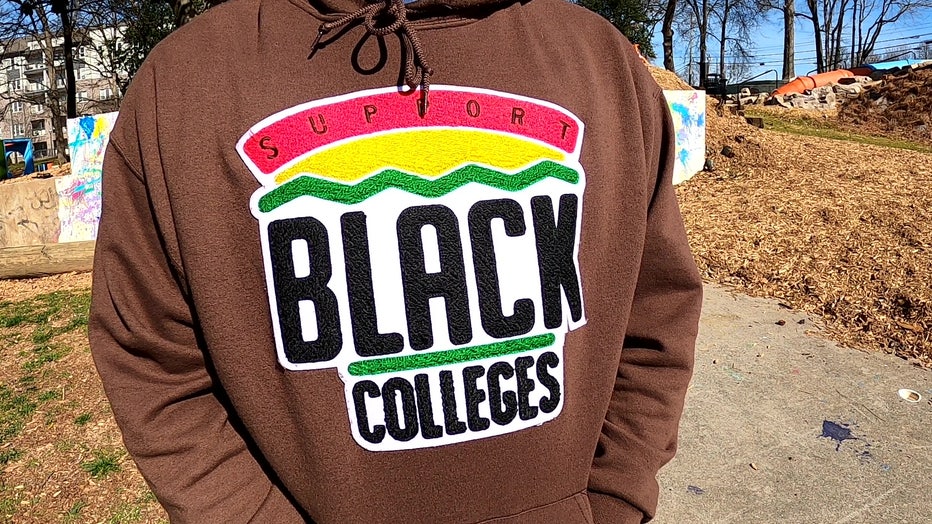 According to its owners, Support Black Colleges takes in millions of dollars in revenue by selling shirts and caps. The Atlanta-based company faces criticism from customers for not delivering on its promises.

The company even got its clothing line into retail stores like Urban Outfitters. Demand soared for Support Black Colleges apparel.

The company could not fill all the orders. Generic emails went out first promising shipments "before Christmas Day." Then they would arrive between "January 5 and 30th" and then "Valentine’s Day."

But for many customers, they still have no product. And no refunds.

"My patience really is starting to run out," complained Roy Cruz of Boston. "I would like some kind of accountability on their part."

He and 83 others joined a Facebook Group called Black buyers beware.

Phillips and Arvinger say a combination of COVID-19, slowdowns in overseas shipping, and their decision to take orders for products they didn’t already have put their company in the crosshairs, a bad look they say they’re addressing.

They also explained their financial contributions to HBCUs involve licensing and paying for marketing space on campuses. No direct donations so far.

"Over the last three years we’ve personally invested hundreds of thousands of dollars even in just advertising, exposing HBCUs to tens of millions of people," Phillips said. 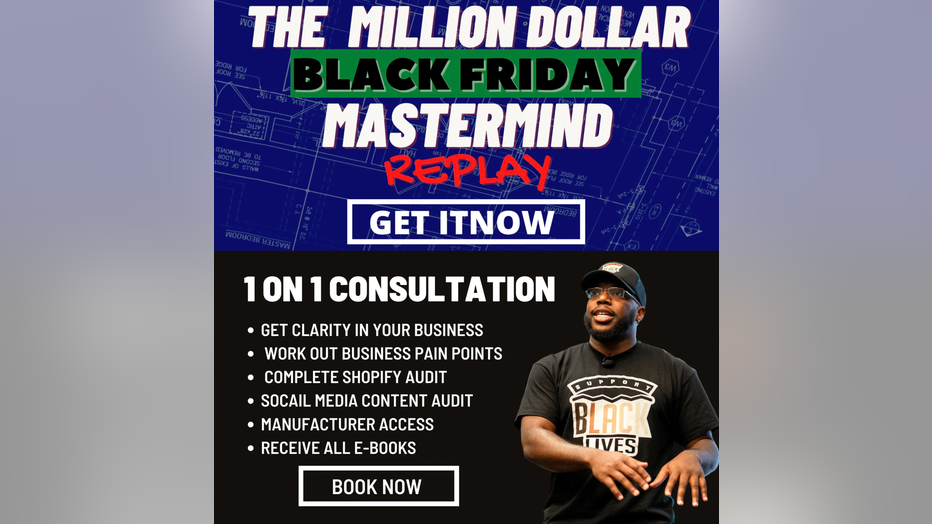 Corey Arvinger sells e-books to anyone interested in learning his secrets to a 7-figure business. He says his company's F rating with the BBB shows "the best time to learn is when something goes wrong."

Despite their ages, both have already written books about their entrepreneurial success.

In a 2021 promotional video encouraging people to sign up for his advice, Arvinger points to a computer screen showing his company generating more than $4 million in revenue in one year.

Does he think it’s a bad look to be selling his entrepreneurial secrets when his company currently has an F rating at the BBB?

"I wouldn’t say that because I think that the best time to learn is when something goes wrong," answered Arvinger.

Does this mean he’ll be adding a new chapter?

The owners say they will longer sell products they don’t have ready to ship. They say they’re reviewing their no-refund policy, a rule that currently limits unhappy customers to store credit only.

And they say they’ve opened an additional warehouse in Atlanta to reduce their dependence on overseas operations.

"If I have to be the scapegoat for other entrepreneurs to see that when you grow, you grow fast, there are things you have to go through, and we’re willing to take responsibility for that," said Phillips.

One lesson they’ve learned: no more promised delivery dates. Not until they get their house in order.

But for some it may be too late, customers like that Douglas County science teacher who say they will always support Black colleges, but no longer the company that bears the name.

"I don’t even want the product anymore," McLester said. "Because I won’t wear it. We don’t want to advertise a company that works in this way."