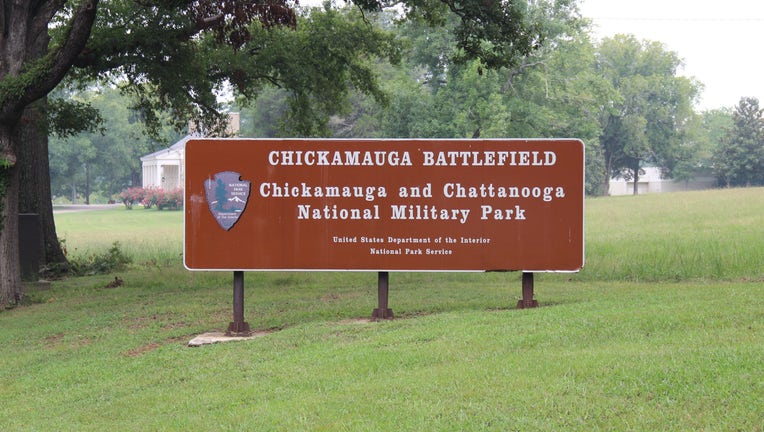 FORT OGLETHORPE, Ga. (AP) - A man convicted of stealing timber from century-old live oak trees at a Civil War battlefield near the Georgia-Tennessee line has been sentenced to about a year in prison.

A ranger at Chickamauga & Chattanooga National Military Park in Fort Oglethorpe, Georgia, reported in September that the trees were missing, National Park Service officials said in a statement last week. The park preserves the sites of the 1863 Battle of Chickamauga and the subsequent Battles for Chattanooga.

The ranger said he "noticed an illegal road" and evidence of trees being dragged from the forest and into a parking lot, later discovering more than a dozen cut trees, including several old-growth oaks, in an area of the park.

The ranger installed game cameras and captured video of a man revisiting the site several days later, the statement said. Interviews with people in the area, including staff at an Alabama sawmill specializing in old-growth white oak trees, led authorities to James Darren Scott.

The 53-year-old, who lives in both Bryant, Alabama, and Trenton, Georgia, was charged in the theft after a six-month investigation, officials said.

He was taken into custody this month and accepted a plea deal agreeing to serve 11 months and 29 days in the Silverdale Correctional Complex in Hamilton County, Tennessee, according to the National Park Service. Officials did not say exactly when Scott was arrested.

A specialist with the U.S. Department of the Interior estimated the theft and damage to the park at approximately $60,000, park officials said, adding: "It is difficult to put a price tag on trees that are over 100 years old."