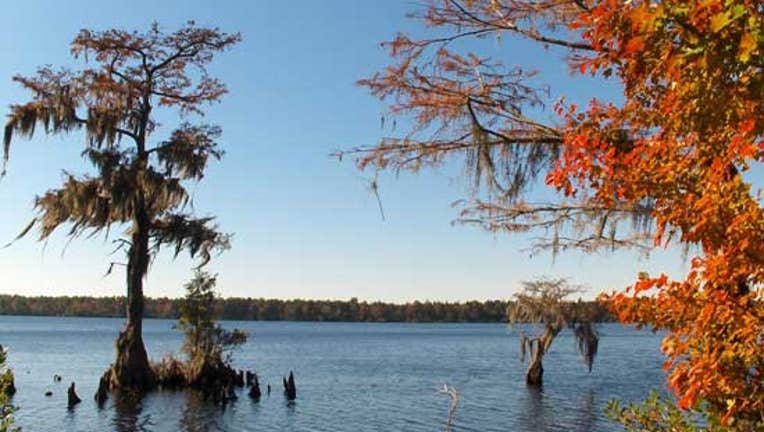 LINCOLN COUNTY, Ga. - An Augusta woman has been arrested for involuntary manslaughter and reckless conduct after police alleged she pushed a man who couldn’t swim into a lake in April.

Shontover Kirkland, 32, turned herself in to Lincoln County sheriff’s deputies on Sept. 9 on one count of reckless conduct and two counts of involuntary manslaughter.

She’s accused of causing the deaths of Edward Lee Kirk and Eynn Wilson by pushing Kirk into the lake. Wilson, Kirk’s best friend, jumped into the water to try to save him.

Both drowned, with divers finding the men’s bodies about a week later.

WJBF-TV reports Kirkland’s arrest warrant states she "did unlawfully endanger the bodily safety of Edward Lee Kirk Jr. by consciously disregarding a substantial and unjustifiable risk that her act of shoving him off a boat into deep, cold water on Clarks Hill Lake without knowing whether or not he could swim would endanger the safety of said person and the disregard constituted a gross deviation from the standard care which a reasonable person would exercise in the situation."

It’s unclear if Kirkland has a lawyer to speak for her.

The Georgia Bureau of Investigation said the inquiry would be turned over to the local district attorney for prosecution when complete.

Kirk’s sister, Lakesha Johnson, told WRDW-TV that she was glad that "the people who are responsible for that will be held accountable,"

With 13 other people on board, Johnson said she would like investigators to consider other charges.

"This has only been one particular arrest," Johnson said. "Just the fact that there were so many bystanders who just chose to look and do nothing it hurts, it hurts."